After substandard breast implants went unnoticed for more than a decade, the EU's health commissioner has announced plans for tighter controls on a wide variety of medical devices. 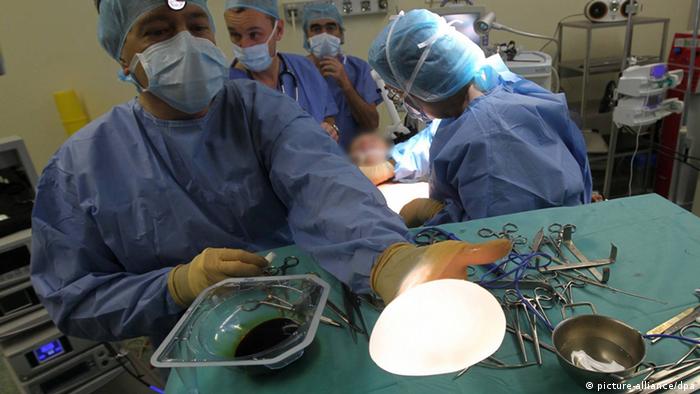 Health and Consumer Policy Commissioner John Dalli said Brussels would tighten the rules on medical devices, from life support machines to sticking plasters, as well as broadening the definition so that more products were subject to checks.

The changes are a reaction to a breast implant scandal affecting thousands of women, with breast implants using industrial-grade silicon remaining on the market for over a decade unchecked.

"We must do our best never to let this happen again," Dalli said in a statement on Wednesday, adding that the new EU proposals were "better adapted to scientific and technological developments."

The Maltese politician said "everybody was shocked" by the widespread use of substandard breast implants made by the now-defunct French company Poly Implant Prothese (PIP), "which affected tens of thousands of women in Europe and around the world."

The European Commission said that the new rules took the PIP mistakes into account and would subject medical devices to far more stringent tests before they could be put on the market. The definition of medical devices would also be expanded to include items like breast implants.

Independent and national assessment agencies - most of the health industry's regulators are currently private companies - would be given greater powers, and patients would be provided with more data on medical devices they might consider purchasing.

"If this was happening in the market, the PIP scandal would have been detected many years before and eliminated," Dalli told a news conference.

The statement said that the medical device market in the 27 EU states plus Norway and Switzerland was worth 95 billion euros ($122 billion) in 2009.