Germany's biggest airline has been given EU clearance to buy up the assets of Air Berlin, which went bust earlier this year. The competition watchdog ordered the carrier to forgo some prized slots at Düsseldorf airport. 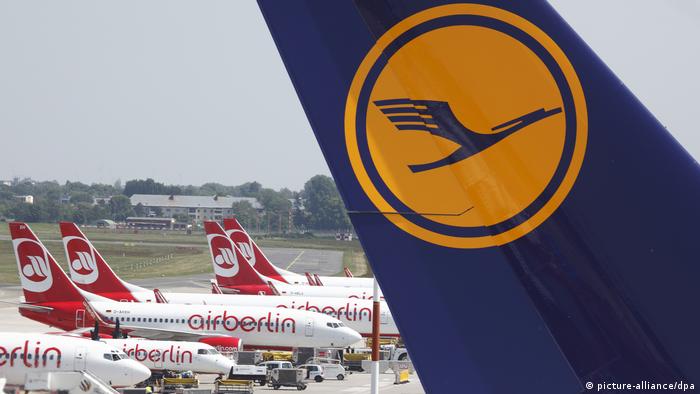 Brussels agreed that the German carrier could buy up the remaining assets of Air Berlin’s LGW subsidiary under the condition that it restricts its operations at Dusseldorf airport - a move aimed at preventing excessive market dominance.

Lufthansa initially planned on buying 81 aircraft out of Air Berlin’s 140-stong fleet, including all of the planes from its Austrian budget carrier Niki, plus its valuable airport slots.

But amid concerns that the EU would reject its plans, Lufthansa last week pulled out of its bid for Niki – which led to its bankruptcy and grounding.

The more modest offer will see Lufthansa acquire some 30 planes flown by LGW but leased from other companies. LGW employs some 500 people.

“This addresses our competition concerns, so we approved the proposed acquisition today under EU merger rules," EU Competition Commissioner Margrethe Vestager said of the deal.

"Our job is to make sure that mergers do not make European consumers worse off," she added.

Air Berlin, which made losses for years, went bust in August when it lost the support of its largest shareholder, Etihad Airways. The German government stepped in with a bridging loan but no buyer was found before the carrier stopped operations two months later.

Lufthansa already owns low-cost Eurowings as well as Swiss, Austrian and Brussels Airlines. It is also eyeing a chunk of struggling Alitalia’s fleet.

Germany's Lufthansa Group looks set to expand, even as some rival airlines cut back or fall into bankruptcy. It has set its sights on becoming a leading global player. But air travel markets remain fiercely competitive. (27.10.2017)

Without much fanfare Lufthansa will take over portions of the insolvent Air Berlin, ending a long period of suffering for Germany's second-biggest airline. That said, competition regulators will be watching very closely. (12.10.2017)

Germany's flagship carrier has reportedly addressed EU competition concerns over its planned takeover of insolvent rival Air Berlin, offering to give up a substantial number of airport starting and landing slots. (01.12.2017)