EU and US 'must work together,' says diplomat

The US midterm elections on Tuesday may to put an end to Democratic control of Congress, but even with Republicans taking over the House of Representatives, chances are that more attention may be paid to Europe. 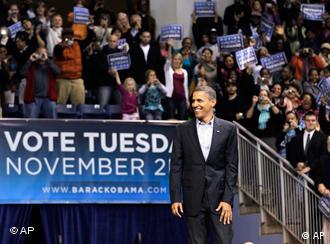 Obama's Democrats may face a tough time on Tuesday

Tuesday's midterm elections in the United States will reshape both houses of Congress and could make life more difficult for President Barack Obama. But they may also present a window of opportunity for an improved transatlantic dialogue, says Piotr Nowina-Konopka, the head of the European Parliament's new Washington office.

Deutsche Welle: What impact are the elections in the United States likely to have on Washington's relations with Europe? 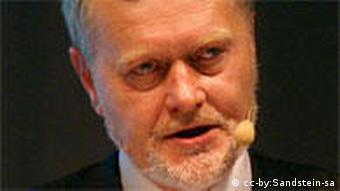 Nowina-Konopka: I think America has no choice because both the EU and the US must work together. In a global world, I can't really imagine that policy can be done without strict cooperation and coordination. I believe, regardless of who will really prevail in the House or the Senate, that Americans are more and more aware that, at the end of the day, they cannot just do nothing about the European Union.

Relations between Europe and Washington are not at their best, are they? President Obama recently canceled a trip to a summit in Madrid. What is your explanation of this?

I have no direct explanation. You'd have to ask the Americans. However, I may say that later this month there is the EU-US summit in Lisbon and President Obama will take part in it. So, this will be quite a good gathering between American and European leaders. Then, in early December, there is another meeting at the parliamentary level between transatlantic legislators, which will give a very good start for re-opening a dialogue, which, until now, has been limited.

How well does Washington understand Europe's role in world affairs?

I have fewer problems with Washington-based think tanks and academia than with Congress. However, the chemistry of Capitol Hill may change after the midterm elections because our office was first opened in a pre-election cycle, which forces Congressmen to stick to a more local agenda. My hope is that after the midterm elections there will be a better time for Congress to pay better attention to European Union issues. 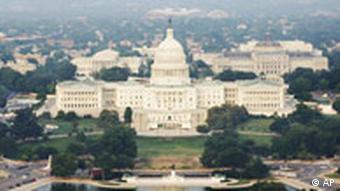 What would those issues be?

There are a number of issues. If we start with the front pages of the journals there is the bomb being discovered in a cargo flight. I have no doubt that everything that is connected to the fight against terrorism will remain at the top of the EU-US agenda. You also have issues linked to energy and climate change. These will be hot issues in the months to come. I also think both sides, due to the pace of development of the Internet, will be forced to cooperate more in this sphere.

What about climate change?

Many people say the Republicans are less sensitive to climate change. Democrats are responding eagerly to climate change questions. But I think it starts with energy. And it's clear for everybody in America that the country must find a solution to solve its dependence on imported fossil fuels. This is also a problem for Europe. So, objectively, I would say that there is no way to avoid speaking first about energy and then, as a result, about clean energy and then about climate. As time goes on, issues are not getting solved, so I think politicians on both sides of the pond will be getting more and more involved.

Foreign donations spark row ahead of US midterm elections

US President Barack Obama has accused the Republican Party of taking undisclosed donations from foreign companies, sparking a row over election funding. But non-US firms are already legally giving money to both parties. (01.11.2010)

US Vice President Joseph Biden spoke to the European Parliament in Brussels on Thursday, emphasizing the need for strong relations between the US and EU. (06.05.2010)