EU and India Get Down to Business

A delegation of EU heavyweights led by British Prime Minister Tony Blair met with Indian leaders in New Delhi on Wednesday for talks aimed at strengthening trade and political ties with the emerging economic power. 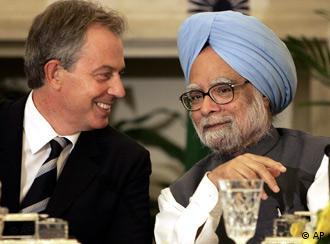 Pleased with their progress: Tony Blair and India's Manmohan Singh

The EU-India summit is an annual event, but never before in its history has the European Union sent such a high-ranking delegation to New Delhi. This time, British Prime Minister Tony Blair, who holds the rotating presidency of the EU, was accompanied by European Commission President Jose Barroso, as well as a host of commissioners and business leaders -- a delegation befitting a nation that is widely regarded as one of the world's up-and-coming economic powers.

The summit, which saw the signing of a so-called "action plan" setting out the way forward in political, trade and investment, economic, and cultural and academic relations, effectively put India on a par with other EU partners such as US, China and Russia.

"It is in my opinion long overdue," said Blair, referring to the joint action plan. "It sets a framework for more action on a whole range of issues…such as science and technology."

"We had extremely good and productive discussions," the Indian premier said. "The most important outcome has been the adoption of a joint action plan … which provides the framework, a road map for identifying pathways for future cooperation." 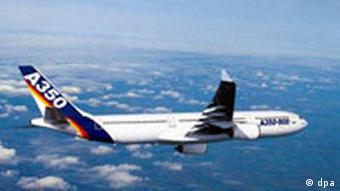 Airbus will sell 43 planes to India in a deal worth 1.76 billion euros

One key business deal has already been inked with India's purchase of 43 planes from European aircraft maker Airbus for 1.76 billion euros ($2.2 billion). The aircraft would boost the fleet of state-run Indian Airlines, which mainly flies domestic routes but also heads to some regional, Middle Eastern and Southeast Asian destinations.

The Indian Airlines board had agreed on the acquisition of 20 Airbus A-319s, 19 A-321s and four A-320s more than two years ago but a final decision had been delayed by required clearances from several layers of the government because of the order's size.

A ministerial panel led by Finance Minister P. Chidambaram held final price negotiations on Tuesday with Airbus for the purchase of the 43 planes.

"We all know that the Airbus has been highly successful aircraft around the world," Blair said, adding the purchase was a welcome sign of growing trade relations between the European Union and India. 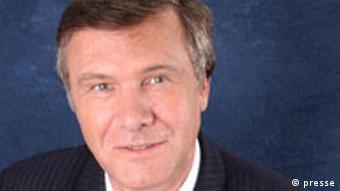 Another area of trade with India favored by some members of the German government is nuclear technology. The foreign policy expert of the opposition Christian Democratic Union (CDU), Wolfgang Schäuble, told the Financial Times Deutschland that he would follow the example of the United States' government, by allowing German firms to export nuclear reactors and technology to India. CDU leader and frontrunner for chancellor in Germany's upcoming general election Angela Merkel has hinted in the past that she would pursue nuclear technology export deals with both India and China, where atomic energy is a booming industry.

Schäuble's comments drew criticism from Germany's free-market liberal party, the FDP, as well as environmentalists, who point to the fact that India engaged in controversial weapons testing in 1998 and has never signed the nuclear Non-Proliferation Treaty.

The FDP's parliamentary leader Wolfgang Gerhardt warned that supplying India with nuclear technology would only serve to "strengthen the Iranians," at a time when the EU is struggling to convince Iran to abandon its nuclear program.

This week, German business leaders meet in Bangkok for their bi-annual Asia-Pacific Conference, where they hope to expand trade opportunities and strategies in one of the world's fastest growing regions. (Nov. 18, 2004)

Indian Premier Manmohan Singh on Monday met with EU leaders in The Hague for a summit intended to firm up the strategic partnership between the bloc and India. (Nov. 8, 2004)

As German industry begins to wake up to the endless opportunities in the vast expanse of India, Indian companies are slowly but surely tapping into Germany. (June 10, 2005)