Ethiopia: US calls for probe into killing of aid workers in Tigray

The US has strongly condemned the attack on three employees of the medical charity Doctors Without Borders. 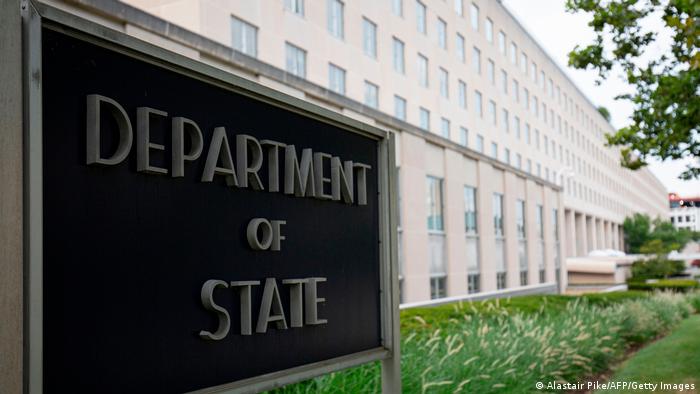 The US has called for an investigation into the killings of three Doctors Without Borders (MSF) employees in Ethiopia's restive Tigray region, according to a statement released by the State Department on Friday.

"Attacks on humanitarian workers are indefensible and must end immediately," the State Department said. "We call for an independent investigation and for the perpetrators to be held responsible for the killings."

The US said the Ethiopian government "ultimately bears full responsibility for ensuring the safety of humanitarian workers."

What did MSF say about the killings?

MSF said Friday that two Ethiopian colleagues and one employee from Spain had been "brutally murdered" in Tigray, which is Ethiopia's northernmost regional state.

The three MSF employees "were travelling yesterday afternoon when we lost contact with them. This morning, their vehicle was found empty and a few meters away, their lifeless bodies," the medical charity said in a statement.

"No words can truly convey all our sadness, shock and outrage against this horrific attack," MSF added.

How did the Ethiopian government respond?

The Ethiopian Foreign Ministry claimed Friday that rebels from the Tigray People's Liberation Front (TPLF) abducted and killed the aid workers in the town of Abi Addi.

Ethiopia government forces are currently engaged in extensive military operations against the TPLF in Tigray.

MSF aid workers were previously attacked in March after they reportedly witnessed extrajudicial killings by Ethiopian forces in the region.

The killings of the aid workers comes after an airstrike at a Tigray market earlier this week killed at least 64 people and left at least 180 others injured. Ethiopian forces have been accused of blocking ambulances to the scene of the attack, although the government denies the charges.

When did the war in Tigray begin?

The Tigray war began in November, when the TPLF attacked Ethiopian military bases in the region.

The TPLF has accused Ethiopian Prime Minister Abiy Ahmed of being the country's illegimate leader, as he postponed elections set for last year due to the coronavirus pandemic.

Ahmed accused the TPLF, which is also a political party, of committing treason against the state of Ethiopia with the attacks. He then ordered the military offensive in Tigray.

US Secretary of State Antony Blinken has alleged that the Ethiopian government may be ethnically cleansing Tigrayans.

Ahmed has admitted that Ethiopian troops may be committing war crimes, but pledged individual soldiers would be held responsible for their wrongdoings.

Eritrean troops are also involved in the war against the TPLF. The Ethiopian government has claimed that Eritrean forces will leave Tigray soon, but a UN expert recently said Eritrean troops have "effective control" in parts of the region.

Ethiopians headed to the polls this week for parliamentary elections, with Ahmed likely to win another term. Tigray was excluded from the voting and opposition parties belonging to the Oromia ethnic minority boycotted the election.