It's a love story, war drama and family tragedy all in one. Ernst Lothar's novel is a must-read for those who want to understand Austria's tumultuous history. It reflects political changes spanning over 50 years. 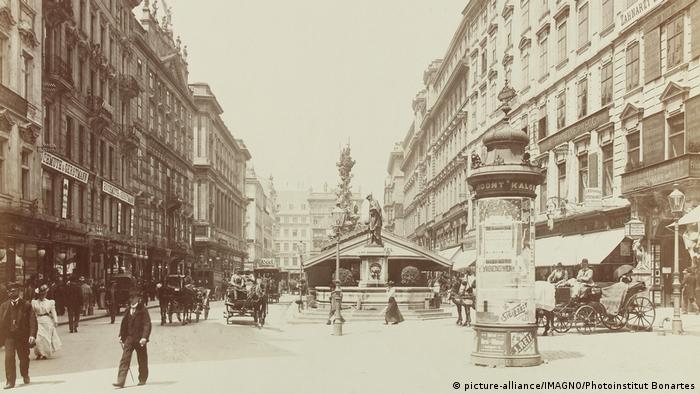 The angel with a trumpet sits proudly enthroned over the street, decorating the facade of the city palace of the Alts, a piano-manufacturing family. On the one hand, it's a herald of the past and at the same time, a harbinger of the future. It's a symbol of Austria — majestic, impressive and marked by contradictions.

"The angel, however, was blowing a trumpet, a rather remarkable instrument. With its long, thin shaft — which the stonecutter had made too long — supported by a naked arm — which he had made too short — it pointed upward like a spear, and the narrow bell at its end did little nothing to make it look like a trumpet; it was more like a weapon."

'The Vienna Melody' by Ernst Lothar

Ernst Lothar peers into this city palace as though it were a doll house — telling the story of each of its occupants floor by floor. He describes the major and the minor dramas that occur here over the span of generations — both in the lives of the people, as well as that of the country in which they are rooted. The novel depicts Austria's societal and political upheaval between 1888 and 1938. 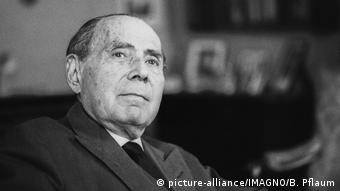 Ernst Lothar was once celebrated for his biting theater reviews and precise novels, but is now largely forgotten

There's the love story between young Henriette von Stein and Crown Prince Rudolf. The young woman is too proud to lead a life as a noble paramour. Instead, she takes as her husband the rich Franz Alt, but he is someone she does not love. On the day of their wedding, the crown prince commits suicide out of desperation. Henriette will mourn her great love for the rest of her life.

Ernst Lothar portrays pensive sons who, as heirs to the family business, are completely wrong for the job. He depicts deeply moralistic civil servants who meticulously adhere to every possible rule of the empire, and who are ready to cry out in indignation at the mere thought of the Austro-Hungarian Empire coming to an end. They are anxious guardians of the glamour of Austria as it fades away, who cheer Hitler on in Nazi Germany's annexation of Austria. All these sorts of people populate the streets of Vienna at the beginning of the 20th century. 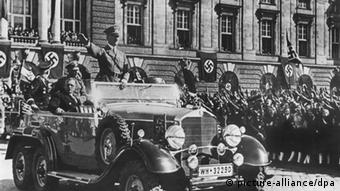 Thousands of Austrians cheered Hitler on in 1938 when he invaded Vienna; after the war, the country repressed the memory of that enthusiam for Naitonal Socialism

The soul of Austria

With a huge zest for historical atmosphere and kitsch, Lothar wrote his novel thousands of kilometers away from his native country — while living in exile in the United States. This son of a Jewish attorney had fled with his family in 1938 when the Nazis marched into Vienna.

Like many immigrants, Lothar learned the bitter lesson that any of the successes one enjoyed in one's own country counted for nothing in America. He expressed this frustration by pouring out his soul onto paper — and was successful at it.

He wrote five novels that are filled with the homesickness of living in exile. They were all published first in English translation and sold a surprising number of copies.

His greatest success was his final book, which he wrote far away from home, The Vienna Melody.

Was part of his success due to the fact that he was able to get all the contradictions of his home country done on paper like none other? It was only through this author, who is largely forgotten today, that Americans came to know Austria's fissured soul.

The Austrian writer and director Ernst Lothar, who was born in Brünn in 1890, was forced to leave his native country after the German annexation of Austria in 1938. He received American citizenship, and returned to Austria in 1946 as a theater and music commissioner of the US Department of State. But his once beloved home country had become foreign to the Jewish author. His experience of continued anti-Semitism can be found in his novel Return to Vienna, and in his autobiography The Miracle of Survival. Lothar passed away shortly after his 84th birthday in Vienna.