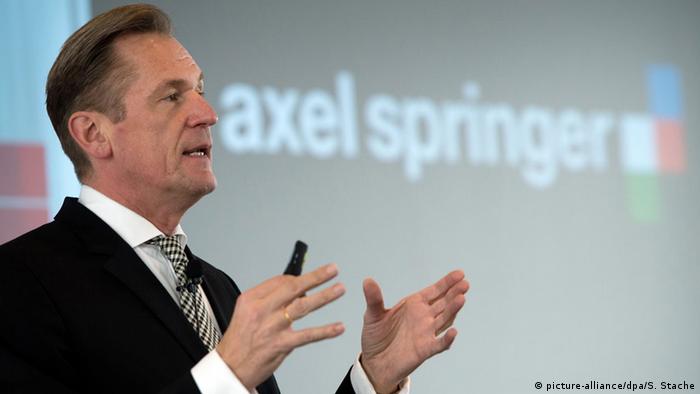 A lawyer for Turkish President Recep Tayyip Erdogan said Monday he was seeking a preliminary injunction from Cologne's Regional Court against Mathias Döpfner.

Attorney Ralf Höcker said he took the step because the Axel Springer chief had repeated an accusation of bestiality contained in Jan Böhmermann's poem.

Höcker said the Cologne court had already gagged a filmmaker who made a video inspired by the poem. He added, however, that the court had indicated it was unlikely to grant an injunction in this case. In the event the request is rejected, Höcker said he would advise Erdogan to take the case to the court of second instance.

"None of Böhmermann's copycats should feel safe," the lawyer told news agency AFP. "Böhmermann has opened the floodgates. Everyone believes he can offend Mr. Erdogan without any consequences."

Böhmermann's poem contained a number of references to Erdogan having sex with goats and sheep. It caused huge controversy after it was broadcast on German television in late March, sparking a debate about freedom of speech and leading to a diplomatic crisis with Turkey. 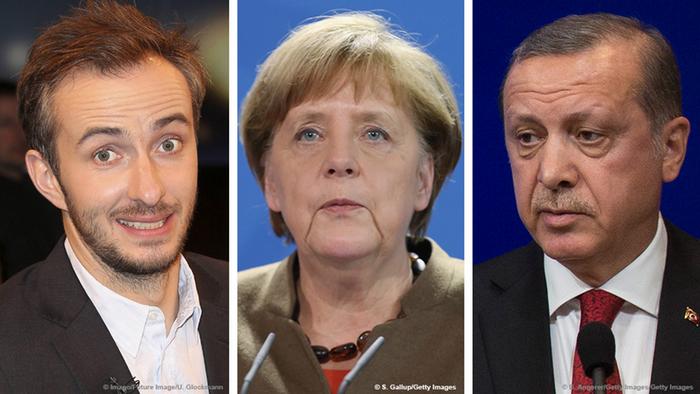 Not happy: Böhmermann's lewd poem provoked a huge debate in Germany and fueled tensions between Ankara and Berlin

Erdogan demanded the comedian be prosecuted for insulting a foreign head of state, which is illegal under German law and punishable by up to five years in prison. Despite opposition from politicians in her coalition Social Democrat party, Chancellor Angela Merkel gave permission for the investigation against Böhmermann to proceed.

Döpfer entered the debate about Böhmermann's poem in early April, when he wrote an open letter to the comedian in the German newspaper "Welt am Sonntag." He defended Böhmerman, saying the poem was a "work of art" intended to "force people to consider how a society deals with satire and - even more important - satire intolerance among non-democrats."

"I'd like to say from the get-go: I found the poem priceless. I laughed out loud," Döpfer wrote, adding in a postscript that he endorsed Böhmermann's "formulations and insults wholeheartedly" and wanted "to make them mine in every legal form."

How free is speech in Germany? After a satirical TV show targeting Turkey's President Erdogan, German comedian Jan Böhmermann faces legal action - and has sparked a massive debate on freedom of speech in Germany. (09.05.2016)