Enterobacter cloacae bacteria can cause death rapidly if not treated quickly | Science| In-depth reporting on science and technology | DW | 24.08.2010

Enterobacter cloacae bacteria can cause death rapidly if not treated quickly

An Austrian doctor explains the basics behind common stomach and intestinal bacteria, which German authorities said led to contamination and three deaths via an intravenous drip feeding tube used on 11 babies in Mainz. 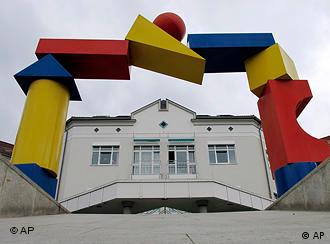 German authorities announced Tuesday that they were still waiting for the post-mortem analysis of a third baby being treated at the Mainz University Hospital. Previously, medical examiners determined that the other two deaths over the weekend had been caused by an infection of Enterobacter cloacae, a strain of bacteria found in the human digestive system and in human excrement. Local prosecutors are also examining whether charges of negligent homicide should be filed, and are particularly looking at whether the tubes in the feeding equipment were properly cleaned. The three babies who died were part of a group of 11 infants who were prematurely born and were receiving parenteral nutrition intravenously as they were too weak or ill to be breast-fed naturally. The other babies in the group have since stabilized or recovered. To learn more about this bacteria, Deutsche Welle spoke with Dr. Elisabeth Presterl, a professor of hygiene and medical microbiology and head of the infection control department of the Vienna University Hospital.

Deutsche Welle: What can you tell me about this enterobacter cloacae bacteria? What is it and what does it do?

Elisabeth Presterl: Well, generally enterobacter cloacae is part of the human intestinal system. It's quite normal, but if it gets into the blood it can cause sepsis; other infections would be urinary blood infections and these are more common. 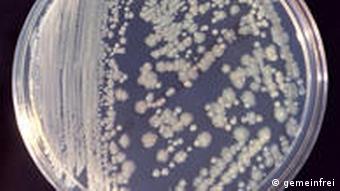 What would be a possible or plausible situation for this bacteria to get into this solution that was being fed into these infants?

So when you say it can live outside the body, how long can it last like that?

It depends, sometimes they are fairly resistant, usually we believe only for a few hours.

If this is something that lives in the digestive system, what is it's purpose?

Nothing! Well, the bacteria in the body does have some purpose, they usually live there and it seems to be some kind of commensalism. (a type of symbiosis) They usually help to get food digested, or make vitamins but probably not enterobacter. They are a kind of special bacteria and they're trying to train the immune system. We actually don't know why we have them, but we have them and we cannot live without them. If you really sterilize the digestive tract, people can get really sick, too.

Is this something that when people use the bathroom, that they excrete it?

Yes, that's why you have to wash your hands after using the bathroom.

Is this situation in Mainz, could this be a simple situation where they didn't sterilize themselves? 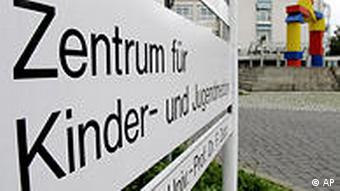 Prosecutors are considering charges of negligent homicide for hospital staff

I do not know. I cannot implicate something that I don't know. For these people [in Mainz], it's very horrible.

What is the standard procedure to sterilize against this?

You really need clean surroundings, you really try to disinfect all vessels where you have these kind of fluids. You take care not to contaminate anything. There are standard procedures and the people that do this are specially trained in our hospital. Also in very, very clean surroundings, sometimes in sterile surroundings. It depends what you're preparing. It's usually something done in the pharmacy or in wards, and people have to be trained properly.

So presumably these measures are designed to prevent contamination?

Yes, but life is going on in a hospital, and you can have all kinds of other things going on. It's very difficult to know exactly what happened. But it's very important to observe these sterile procedures. This is something which is horrible, but you see it can happen. Sometimes there are outbreaks, all over the world. They always try to find out exactly what was the cause of it. The most important thing is to know what was the source of it and what led to this kind of outbreak.

Once this bacteria gets in the blood, which it sounds like it did in this case, what happens, physiologically?

Well, people get fever, they get something called sepsis. Bacteria stimulate the immune system, and the immune system flares up and so they get a fever. The lungs and heart and kidney may get involved so they start to have a dysfunction and they do not work anymore. It really depends on what kind of organism. Especially babies, or immuno-suppressed people, are very susceptible to these kind of infections.

Once ingested, the bacteria is taken by the blood to different parts of the body? 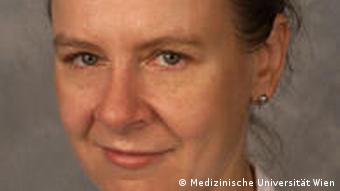 Is there a standard treatment?

Yes there is a treatment if you know what kind of organism it is. There are antibiotics and they are fairly effective against this kind of thing, but it depends on when you know what it is. But particularly enterobacter which is a so-called gram-negative bacteria, it can cause sepsis very rapidly. You do not have much time for the antibiotics to work, particularly in small children, so this might be a problem.

If this were to happen in an adult, would the adult be able to communicate that they were sick?

Yes. But also if you were a very skilled pediatric nurse, you would realize if the children had this kind of infection, too. There are different signs of sepsis in adults and children. This is a well-known medical entity.

I think [the Mainz tragedy is] horrible, and everyone who is involved has had a really bad time. I hope that we find out and that we try hard to prevent these sort of things. It's really hard work.

A third baby has died after being given a contaminated feeding drip. Two other babies at Mainz University Hospital’s intensive care unit died on Saturday and prosecutors are investing possible negligence. (24.08.2010)

Two newborn babies have died and five were in a critical condition on Sunday after being given feeding drips suspected of being infected with bacteria. The contamination occured at a hospital in the German city of Mainz. (22.08.2010)