Europe's biggest economy is growing increasingly impatient with Athens. Some industry leaders are now calling on creditors to cut their losses, and let Greece drop out of the eurozone. 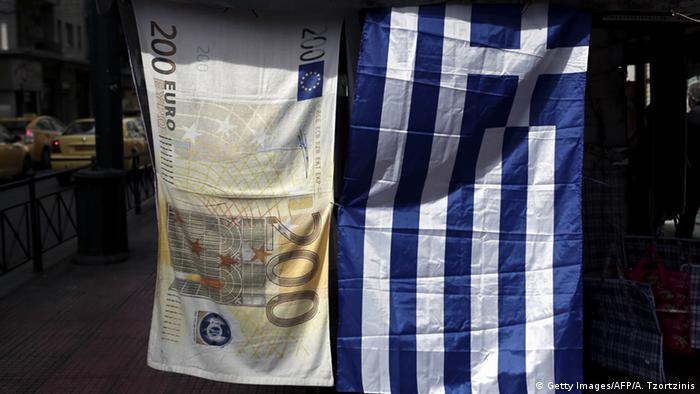 Representatives of some of Germany's leading companies are running out of patience with the Greek government, saying that the protracted negotiations are threatening the economic stability of the entire eurozone.

"A decision has to be made that's going to be sustainable for years to come."

Others said they only see one viable solution to the current impasse.

"Enough is enough. Greece has received - and rejected - too many offers of assistance," Anton Börner, President of the Federation of German Wholesale, Foreign Trade and Services (BGA), told German weekly news magazine Focus in an interview on Friday.

Börner said he worried that caving to the radical-leftist Greek government's demands could have catastrophic ripple effects throughout the eurozone.

"Preventing a Grexit at all costs is detrimental, because it sets a bad precedent. If Europe continues to reward anyone who doesn't play by the rules, then the next thing we'll see is that Spain will elect protest parties such as Podemos."

Instead, Börner said, EU leaders should cut their losses and let Greece default, exit the eurozone and return to its old currency, the drachma - even if it meant inflicting pain on German-Greco trade relations in the short-term.

"At first, the drachma would strongly depreciate in value, which would make imports from Germany considerably more expensive," predicted a BGA spokesperson in an interview with news agency Reuters.

"German exports to Greece would likely cave in - at least temporarily," he added.

But, he said, exporters would easily be able to cope with the "immediate consequences," considering that Germany's trade volume with Greece "isn't very big."

To help Greece get back on its feet, Börner proposed that creditors forgive 60 percent of Athens' debt, while also extending a liquidity lifeline to Greece's mid- and small-sized companies. However, he ruled out any more government bailouts.

The anemic state of the Greek economy has all but paralyzed trade with Germany. Exports to the Mediterranean nation dipped five years in a row, before rebounding last year by 4.7 percent to nearly 5 billion euros ($5.65 billion). However, that was still some 2 billion euros below post-crisis levels.

Greece's Prime Minister Alexis Tsipras has said his government was working towards a solution for the debt crisis. An emergency meeting of EU leaders has been called for Monday. (19.06.2015)

Thousands of people have rallied to the streets of Athens demanding an agreement to keep Greece in the eurozone. EU President Donald Tusk called an emergency summit over the bailout row for Monday, as time runs. (19.06.2015)

German Chancellor Angela Merkel firmly believes a deal with Greece is possible if Athens acts responsibly. But she made it clear that EU solidarity did not come for free and that "painful" reforms were inevitable. (18.06.2015)