Debbie Hewitt will become the first female chair of the organization. With Germany's equivalent the DFB also looking for a new president, the chances of a woman taking that role too might just have increased. 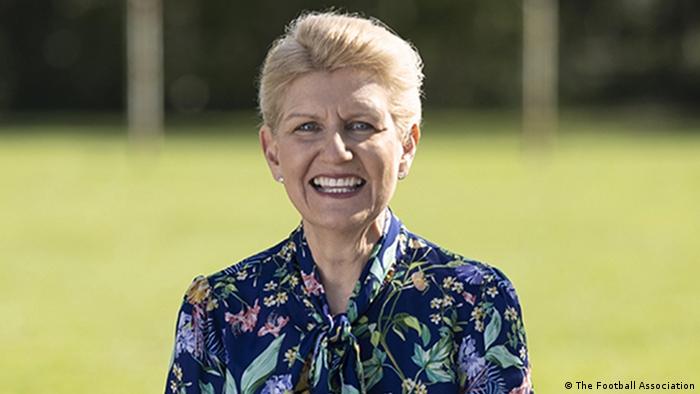 Debbie Hewitt is set to take over in January

She was the unanimous choice of the selection panel and takes over in January, subject to ratification from the FA Council.

She hinted at the Super League debacle in a statement accepting the role.

"As the events in recent months have shown, this is a significant moment in time for English football, with a clear purpose for all stakeholders to secure the long-term health of the game at all levels," she said.

"I've been passionate about football from a very young age and I'm excited by the opportunity to play my part in shaping the future of something that means so much to so many."

The role became available when Greg Clarke resigned in November after making offensive remarks, including saying a coach had told him young female players did not like having the ball hit hard at them.

Prominent Black players in England had said they would like to see an ethnic minority chair.

Could the German Football Federation (DFB) now follow suit with a female figurehead? Fritz Keller resigned in May after comparing his vice president to a notorious Nazi judge.

Several women have been linked with the German job, including amateur football administrator Ute Groth and Transparency International's Sylvia Schenk.

Two of the biggest football associations in the world having female chairs would be a powerful statement, especially as the women's game is gaining a real foothold in both nations.