The Channel Tunnel, which connects southern England with northern France, is marking its 25th anniversary. The world's longest undersea tunnel took some 200 years to build, with various changes and pauses along the way. 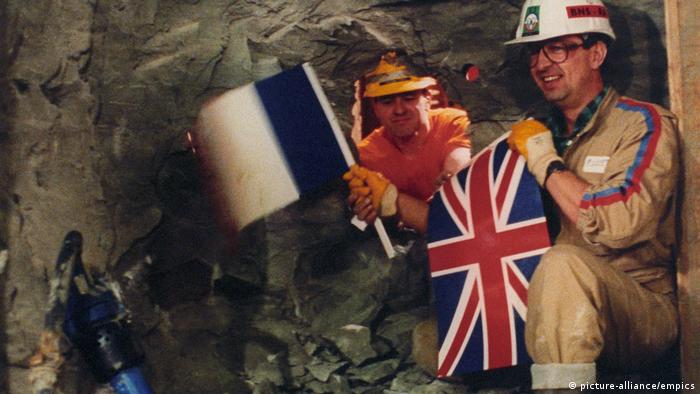 The seemingly simple commute between France and Britain via the Channel Tunnel is something we take for granted, but the tunnel has a long history and took two centuries to be realized.

Monday marks 25 years since the Channel Tunnel was opened. Its construction involved up to 15,000 people, with about 4,100 workers on the French side and nearly double that number digging from the county of Kent on the English side.

The Channel Tunnel is actually comprised of three tunnels: two rail tunnels, used for freight and passenger trains, and a service tunnel. It is 50.45 kilometers (31.5 miles) long, with the underwater section covering 37.9 kilometers — the world's longest undersea tunnel.

Queen Elizabeth II and then-French President Francois Mitterrand took the first official journey from Folkestone in Kent to Coquelles in Pas-de-Calais on May 6, 1994.

Since then, some 430 million travelers have passed through the tunnel, which also handles a quarter of the goods moved between Britain and Europe.

In recent years, the tunnel has come under the spotlight due to the 2015 European migrant crisis, as migrants gathered in Calais hoping to reach the UK via the Port of Calais or the Channel Tunnel by hiding in trucks, ferries, cars, or trains.

Most recently, the tunnel was used in an image to express sadness that the UK voted to exit from the European Union. The picture showed cartoon train Thomas the Tank Engine blocked from passing through a rail tunnel.

The Channel Tunnel we know today stems from an 1855 proposal by French engineer and entrepreneur Aime Thome de Gamond.

It won the approval of British Queen Victoria and French Emperor Napoleon III and proposed a train running through a rail tunnel hewn out of the undersea rock. British mine owner and engineer William Low assisted in solving the tricky issue of ventilation.

Nearly two kilometers of the tunnel were drilled between 1878 and 1883, when Britain hit pause on construction. 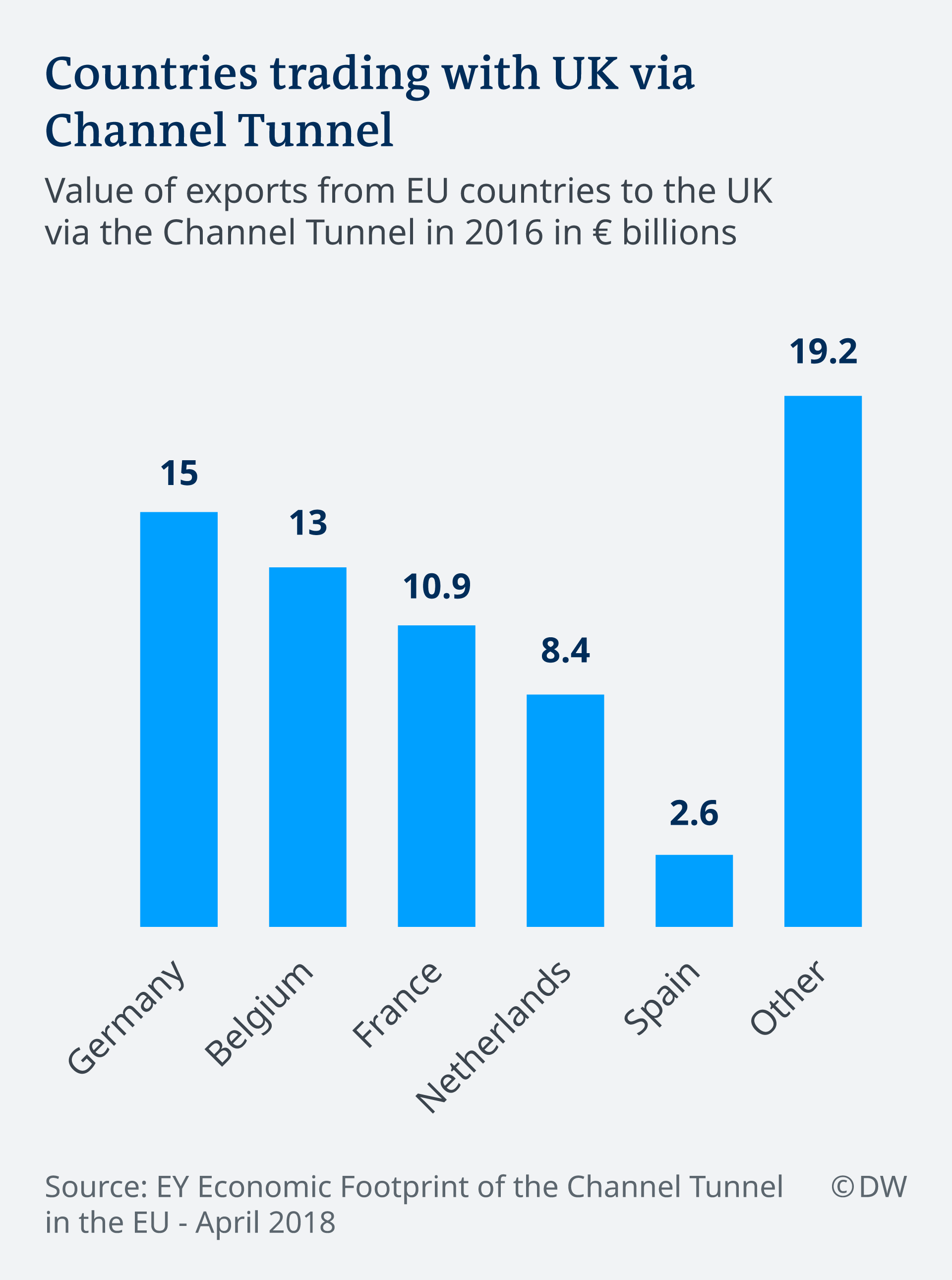 The UK — apparently concerned over risks to its national defense — cited the reason as "strategic."

Seventy-five years and two world wars later, the project would again come under consideration. In 1957 the Channel Tunnel Study Group was formed to research the project again.

The digging started again in 1973 with some 300 meters dug out on the French side at Sangatte, just west of Coquelles and 400 meters near the English ferry port of Dover on the British side.

Thatcher gets it done

After Prime Minister Margaret Thatcher came to power in Britain in 1979 and Mitterrand became president in France two years later, the project to cross the Channel gained renewed momentum.

Most people in Britain followed Thatcher's preference for a road link while the French were keener on the rail option.

In the end, a plan for a double undersea rail tunnel was approved and the "Eurotunnel" was confirmed in a Franco-British agreement signed at Canterbury in Kent in February 1986.

Construction restarted in 1988, and on December 1, 1990 at 12:12 pm, workers from each side drilled through the final wall of rock, turning their separate tunnels into one. 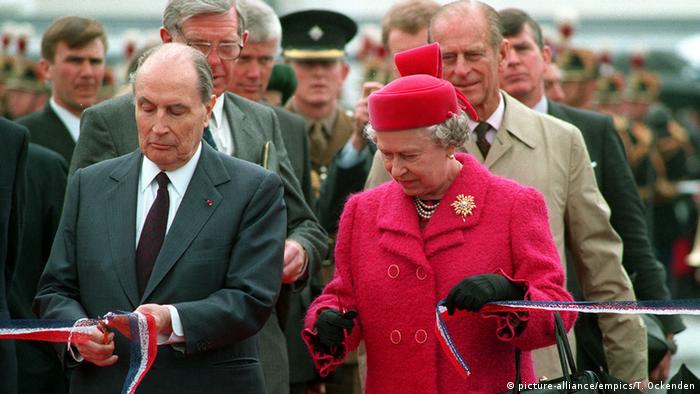 Graham Fagg, the British miner who punched through to the French side and became the face of continental connection, on Friday told French news agency AFP that he was now a Brexit supporter.

"I worked on the Channel Tunnel and did the breakthrough, but I actually voted for Brexit," the 70-year-old said. "I don't see that as incompatible."

Fagg said he supported joining the European Economic Community — the forerunner to the EU — in a 1975 referendum, but did not realize it would become a political union.

"We voted for a trade deal," he explained. "I can't remember anybody ever saying to me, 'we're going to turn it into a federal Europe. We're going to set all the rules and you've got to obey them'."

Eurotunnel has reported the best annual result in its 20-year history, tripling its profit on rising numbers of vehicles carried on its truck shuttle service under the Channel between Britain and France. (01.03.2017)