Encryption for the people: Telekom and Fraunhofer unveil 'Volksverschlüsselung'

A new program unveiled in Germany promises full, end-to-end encryption for emails sent by even the most technophobic internet users. Deutsche Telekom and the Fraunhofer research institute collaborated on the software. 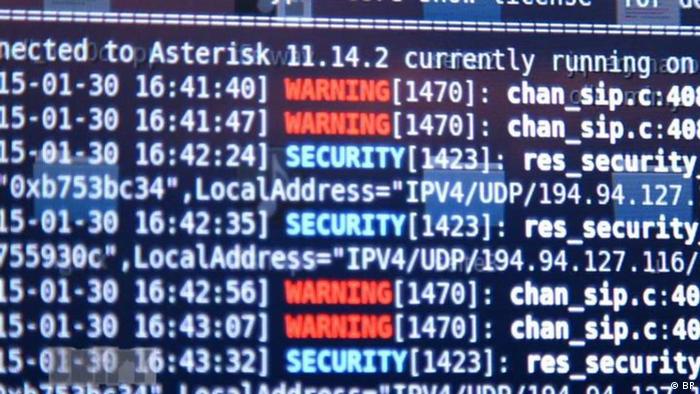 The program will allow a user's computer to send encrypted email with minimal set-up and technical know-how.

Encryption gives digital communication a level of security that ensures only the sender and intended recipient are able to view the message. Even if a message passes through multiple servers between the sender and recipient, it cannot be read until it reaches the recipient. Communicating online with encrypted messages is becoming more widespread as hacker attacks are on the rise.

The dangers of internet telephony

"Burying your head in the sand and thinking 'no-one is interested in my emails anyway' makes users easy prey," said Thomas Kremer, a board member for data privacy at Deutsche Telekom. "We want people to take responsibility for their digital communications."

Michael Waidner, head of Fraunhofer SIT, added the program "allows people to improve their digital autonomy and protect themselves against unwanted mass surveillance."

Despite the reported ease of use for even the most novice computer users, an additional step of in-person registration is required. An encryption key is assigned to each use on the platform, which needs to be verified before it can be used. To send an encrypted message, the sender needs a personal key and the recipient' public encryption key, so both people need to be registered with the Telekom/SIT software.

"Our priority is to give Volksverschlüsselung a wide footing and have as many users as possible," Kremer said. "There is nothing more frustrating than wanting to use encrypted communication, but finding no recipients to do so."

The software was developed by Fraunhofer and will take advantage of Deutsche Telekom's infrastructure and a high-security data center. The options for personal registration are currently limited, with possibilities at Fraunhofer events, for example, but in future Deutsche Telekom plans on making the service available at any of the company's many storefronts in Germany.

In the past, other German email providers and Deutsche Post have introduced other secure email standards, but even in Germany, which is widely seen as being particularly conscious of online security, the measures have not found a wide audience.

The German government has cleared the way for open and private WiFi hotspots. A provider liability law that makes hotspot providers responsible for users' activity has long limited public WiFi and is set to be scrapped. (11.05.2016)