En route to Europe, refugees might head to Morocco | Europe | News and current affairs from around the continent | DW | 21.03.2016

En route to Europe, refugees might head to Morocco

For refugees headed to Europe, the Aegean route is becoming less attractive. They could instead travel via Morocco, but experts don't expect the same number of migrants that have been heading to Italy and Greece. 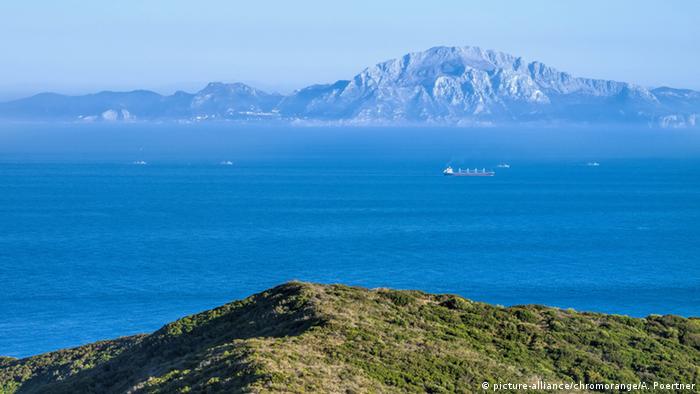 The stream of refugees attempting to reach the Greek islands from Turkey continues unabated. However, in the wake of the new EU-Turkey deal on returning migrants who have crossed the Aegean Sea, their chances for seeking shelter in Europe have dwindled considerably.

Barriers, however, don't stop refugee movements; they merely reroute them - as Spain may soon find out.

As the eastern Mediterranean increasingly becomes a dead-end street for refugees, the route across the western Mediterranean might turn into an alternative. Spain must keep an eye on developments in neighboring Morocco, Spanish Interior Minister Fernandez Diaz has repeatedly warned. But experts say it's too soon to predict a greater run on Spainish borders.

The Strait of Gibraltar between Africa and Europe is only 14 kilometers wide. For many years, mainly sub-Saharan Africans have been trying to reach Europe in small boats. And crossing the sea isn't the only way to Spain, either, since Ceuta and Melilla, both towns on the North African coast, have belonged to Spain for centuries. Six-meter-high fences topped with barbed wire were erected to keep illegal migrants out. More than once, groups of hundreds of people have stormed the fortifications with ladders. Madrid is concerned that soon, more Syrians, Iraqis and Afghans will be among the crowds. 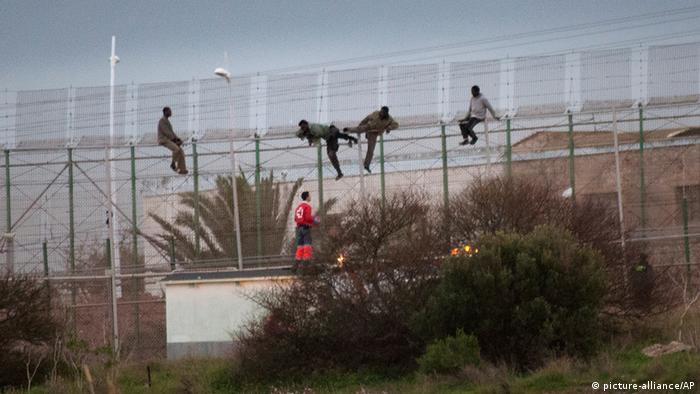 Syrian refugees on the rise

In fact the number of Syrians who end up in Morocco has risen over the past years. Lebanon, Turkey and Jordan are overburdened, so Syrians are increasingly heading elsewhere," says Jean-Paul Cavalieri, the UNCHR's representative in Morocco. About 3,000 Syrian refugees are currently registered in Morocco, Cavalieri told DW.

Until 2015, Syrians were allowed visa-free travel to Algeria, where they would then decide whether to continue their journey to Europe via Morocco or civil war-torn Libya. To a certain degree, Spain even allowed Syrians to enter the country directly. Back then, the route through the Balkans was almost completely open, so the route via far-away Morocco wasn't very attractive. That could change.

Large numbers of refugees like those crossing the Aegean Sea or the central Mediterranean are unlikely, however, says Karl Kopp of Germany's Pro Asyl asylum aid organization. "In its most ugly sense, Fortress Europe is quite well-organized in that area," Kopp told DW. "You only see people who have a lot of money and can pay the bribes."

There is no sign yet of a drastic rise in the number of refugees, Alberto Senante of the Spanish CEAR refugee aid organization agrees. Syrians and Iraqis who make it all the way to Spain are almost certain to be granted asylum there, Senante adds. 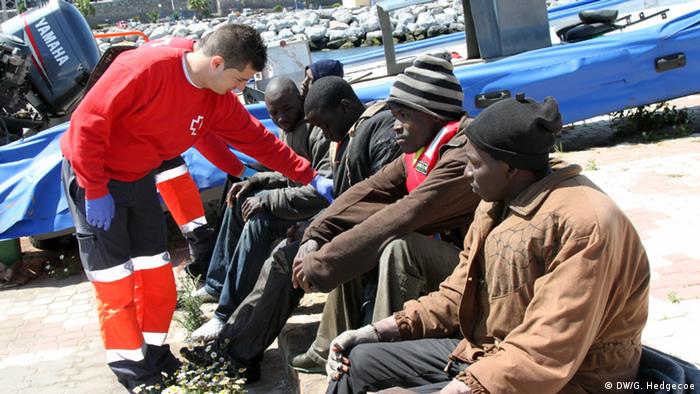 Refugees being cared for by the Red Cross in Ceuta

Word not out - yet

It's too soon to predict what the repercussions will be of shutting down the route in the east, the UN's Jean-Paul Cavalieri says, adding that Syrians can most likely find refuge in Morocco, too. But many Syrians and refugees from other countries don't plan to stay there.

It's not clear what routes the refugees will take, Kopp says: the route via the Black Sea, the Albanian coast, or the extremely dangerous route to the Italian islands in the Mediterranean via Libya and Tunisia might be more popular than ever before. The route to Spain via Morocco is just one alternative, he says, adding that it's a costly one, too.

Who stands to profit from closing the Aegean Sea route, and the return of refugees to Turkey? "This is the hour of the human traffickers," according to Kopp. "They are the ones who decide on new routes. "

Crunch time for refugees on the island of Lesbos

The 1,500 refugees at the Karatepe camp on the Greek island of Lesbos are nervous. Since the EU struck a deal with Ankara, they fear they will be sent back to Turkey. Spiros Moskovou reports from Mytilene. (21.03.2016)

Germany's statistics office has recorded the highest number of immigrants in post war history. Net immigration increased by 49 percent in 2015 and for the first time most of the arrivals were not from Europe. (21.03.2016)

Over 1,600 refugees have arrived in Greece despite a new EU-Turkey deal which is supposed curb the influx. Turkish officials have also started arriving in Greece to implement the new accord. (21.03.2016)