The UK national is accused of spying for the Russians since November 2020 in return for undisclosed amounts of cash. It follows a joint German and British police investigation. 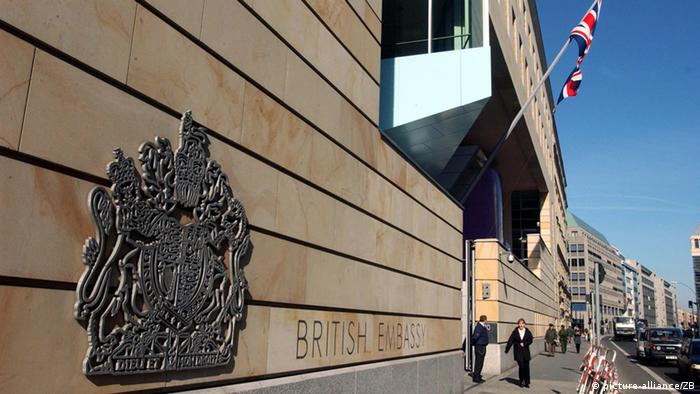 The UK national works at the British Embassy in Berlin

German police arrested a UK national on suspicion of spying for the Russian intelligence service in exchange for cash, authorities announced on Wednesday.

The suspect — identified only as David S. in line with German privacy laws — worked at the British embassy in Berlin, police said.

Federal prosecutors arrested the 57-year-old in the nearby city of Potsdam for allegedly forwarding documents to the Russian intelligence service since November 2020. The suspect's home and workplace were searched after the arrest.

British and German authorities were involved in the investigation of the suspect, who is being brought before the Federal Court of Justice to decide on pre-trial detention.

The German Federal Prosecutors Office accused the man of working for a foreign secret service.

His arrest warrant alleges that "on at least one occasion he forwarded documents obtained in the course of his professional activity to a representative of a Russian intelligence service."

"The defendant received cash in an as yet unknown amount in return for his information transfer," prosecutors said. 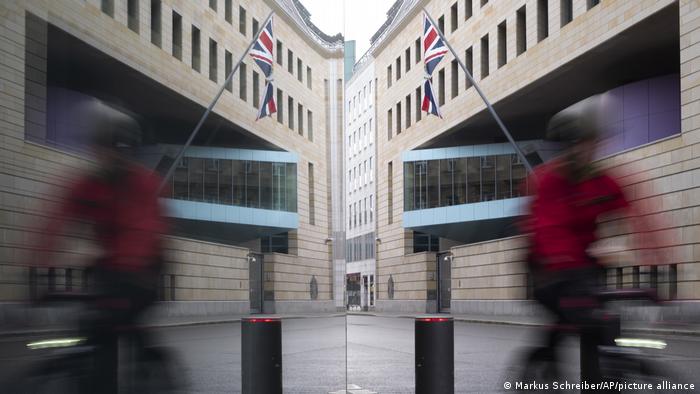 The British Embassy worker in custody is believed to have been a local staff member in Berlin.

The man was a local staffer, according to a Reuters news agency source, so he did not have access highly classified documents. The source added that the British MI5 counter-intelligence unit took part in the investigation of the suspect.

According to German internet publication Focus Online the documents the suspect passed on to the Russians were about counterterrorism.

What has the UK said?

The Metropolitan Police Counter Terrorism Command in London confirmed the arrest of the suspect on August 10 in conjunction with the German Federal Criminal Police Office.

"The man was arrested in the Berlin area on suspicion of committing offences relating to being engaged in 'Intelligence Agent activity' (under German law)," said London Scotland Yard in a statement.

The Metropolitan Police Counter Terrorism Command is responsible for investigating allegations and matters relating to alleged breaches of the Official Secrets Act.

The German Foreign Ministry is taking the case "very seriously," said its spokesperson Christofer Burger. He added that "espionageby a close alliance partner on German soil is unacceptable."

How has Russia reacted?

The Russian Embassy in Berlin declined to comment on news of the arrest.

"The Russian embassy in Germany does not currently have any official information received from the German side on this issue," the Russian Embassy in Berlin told Russia's Interfax news agency.

"The Embassy does not comment on press reports," the press service of the Russian Embassy in Berlin told journalists.

In the past, Russia and China have called spy plots Western paranoia although this latest case, in the city dubbed "the capital of spies" during the Cold War, has takenrecent spying accusations to a whole new level.

Two other arrests this year, of a Russian scientist who worked at a German university in June anda German man who passed Bundestag plans to Russian secret services last February, have heightened diplomatic tensions with Moscow.