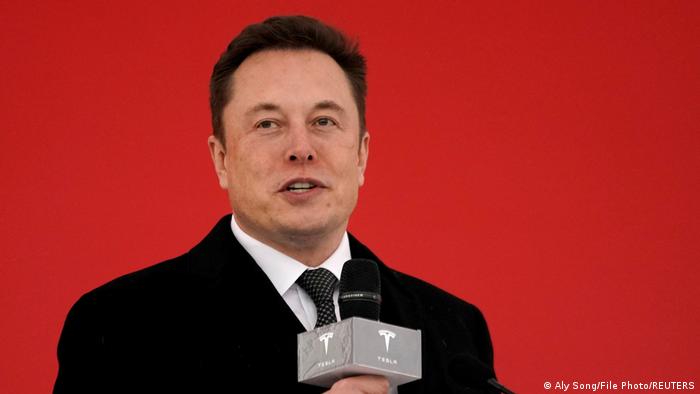 Musk serves as the CEO of Tesla and SpaceX

Billionaire Elon Musk has pledged to reverse Twitter's permanent ban on former US President Donald Trump if his deal to buy the social media giant is successful.

Musk, the world's richest person, has offered to buy Twitter for $44 million (€41 million), but the deal still has to get the support of shareholders and financial regulators.

During a Future of the Car summit hosted by the Financial Times, Musk called the ban a "morally bad decision" and "foolish in the extreme."

"I think that was a mistake because it alienated a large part of the country and did not ultimately result in Donald Trump not having a voice," Musk said. "So I think this may end up being frankly worse than having a single forum where everyone can debate. I guess the answer is that I would reverse the permanent ban."

Musk has signaled he would loosen content moderation policies if he gained control of the social media platform, claiming they are detrimental to free speech.

Twitter banned Trump from the platform in January 2021 after the riot at the US Capitol. Trump supporters attempted to storm the building in a last chance attempt to stop the certification of the 2020 presidential election, which Trump lost to former vice president and Democratic nominee Joe Biden.

Trump had railed against the election result frequently on Twitter and falsely claimed that widespread voter fraud in favor of Biden had occurred. Allegations that Trump had incited the violence at the Capitol with his social media posts led to the US House of Representatives impeaching the president a historic second time.

Twitter said it banned Trump for "incitement of violence" following the riot. Since then, Trump has mainly used statements from his office to communicate with supporters and the wider public, along with occasional rallies.

Even if Musk manages to gain control of Twitter, Trump has previously signaled that he would not rejoin the messaging service. The former president has said he would instead prefer to focus his time on his own social media endeavor, Truth Social.

What have the reactions been to Musk's comments?

Angelo Carusone, the head of left-leaning watchdog Media Matters, said Musk's plan to reinstate Trump would be the first step in opening "the floodgate of hate and disinformation" on the platform.

On the other hand, American Civil Liberties Union director Anthony Romero said the "decision to replatform Trump is the right call."

"Like it or not, President Trump is one of the most important political figures in this country, and the public has a strong interest in hearing his speech," Romero said.

In addition to spreading falsehoods, his tweets have been criticized for using racist and sexist rhetoric.