Elderly women do more housework - and suffer for it | Science| In-depth reporting on science and technology | DW | 11.01.2018

Elderly women do more housework - and suffer for it

Elderly women do nearly five hours of housework per day on average. Men do closer to three. That difference is bad for women's health, and it's important to think about as baby boomers retire. 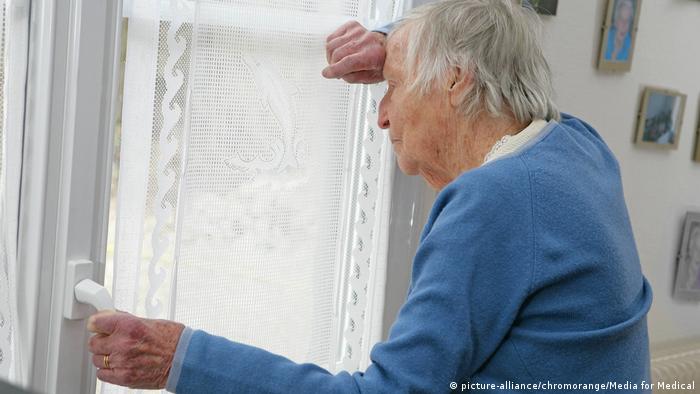 DW: Is housework good for elderly men and women, or is it bad for them?

Nicholas Kofi Adjei: For the men, it's good. And for the women as well - but only to a certain point. Beyond three hours is not beneficial to the health of the women, as compared to the men.

Is it their bodies? Do you have any idea why more than three hours of housework per day is easier for elderly men to tolerate?

Tilman Brand: For women, it was more the repetitive and routine housework. And so we assume that doing this kind of housework has, at a certain point, limits to the health, where it becomes more stressful with no added health benefits.

Would it be helpful for elderly women to spend more time outside doing physical labor in the yard, and having the men do more cooking?

Brand: From a gender equality perspective, we think that it's probably good to have an equal amount of all these activities to be done by men and women ... From the perspective of physical activity and being outside, which is also important and positive for health, doing more gardening and maintenance could be good for women. 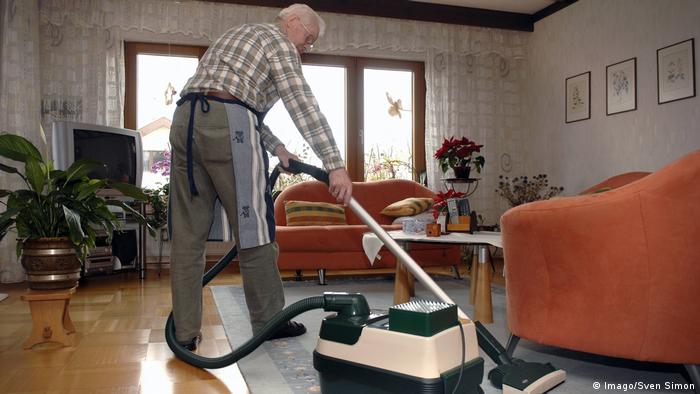 With regard to housework, what were the numbers for German and Italian men?

So elderly Italian men are doing quite a bit less housework than German men?

In Spain and France, your data shows elderly men and women slept 10 hours per day, whereas in other countries it was 9. This is just strange. Is there a methodological problem with self-reporting?

Brand: We would say that's more of a cultural difference than a methodological problem. When we look at the way the data was collected, it was a diary approach - the participants recorded every activity for 24 hours. The difference could be that in some countries, having a nap in the afternoon is very common, like in Spain, and that this was added to the sleeping time.

If, in the future, we have robots that can do a lot of the housework for us, then your research would suggest that elderly people should devote that time to… other physical activities?

Brand: The important question is, 'What do we do instead of housework?' … There are lots of possibilities to get active physically, but also to get engaged in social activities. We've seen that all these activities, apart from housework, that are associated with physical activity and also social participation are positive for your health. On the other hand, passive leisure that's just sitting in front of the TV or listening to the radio is associated with poor health.

Tilman Brand is a sociologist who heads the social epidemiology unit at the Leibniz Institute for Prevention Research and Epidemiology. Nicholas Kofi Adjei is a doctoral researcher at the same institute. Their article was published in the journal BMC Public Health.

The research was based on self-provided data by roughly 15,000 men and 20,000 women over the age of 65 from Germany, Italy, France, Spain, the Netherlands, UK and US.

Researchers from Germany and Switzerland have teamed up to investigate the effects of music on the brains of elderly people. DW talked to the research leader about the challenges and possible outcomes of the study. (31.12.2017)

Women in Germany work 50 percent more than men when caring for relatives is included, but they later get only half the pension. That’s one finding of a gender equality study to be discussed by the cabinet. (21.06.2017)

Germany is facing a lack of medical care personnel for its aging population. One vocational school hopes to equip refugees with the skills to tackle the problem. (17.07.2017)

Robots could help seniors and disabled