The Pacific Ocean's El Nino weather pattern that's brought drought to the Caribbean, Asia, eastern Africa, and western Canada could last until next April. US forecasters say the chances of this now stand at 90 percent. 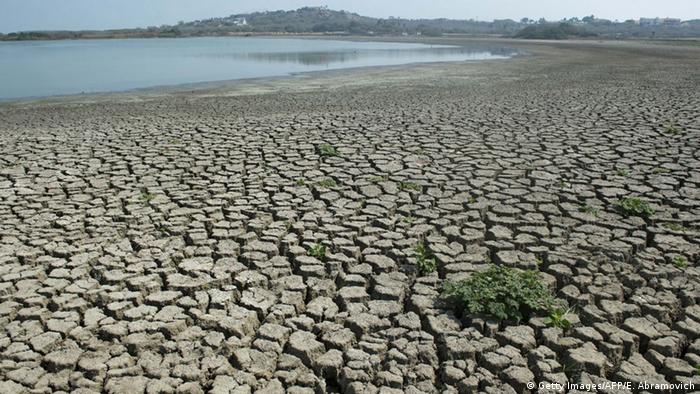 "Overall, there is a greater than 90 percent chance that el Nino will continue through the Northern Hemisphere winter 2015-2016," said an advisory from the CPC which is part of the US National Oceanic and Atmospheric Association (NOAA).

This follows findings by Australia's Bureau of Meteorology (BOM) last week that central Pacific temperature anomalies were set to climb to the highest in 19 years.

El Nino can gravely upset ecosystems and crop prices and is typically noted for scorching weather across Asia but heavy rain and floods along western South America.

BOM warned Australia's farming sector that their stable crops such wheat and sugar as well as feed for cattle were threatened. Indonesia would be hard hit by drought, warned economist Kamiar Mohaddes in London.

Above normal hurricanes were to be expected across central and eastern Pacific regions, the CPC said Thursday, but added that the Atlantic hurricane season now starting was likely to be "below normal."

Last Wednesday, CPC hurricane forecaster Gerry Bell warned that despite the below-normal assessment "people along the Atlantic and Gulf coasts should remain prepared and vigilant."

To spur future crop production, subsistence farmers would each receive 11 kilograms of bean seeds and 9 kilograms of corn seed.

The Panama Canal Authority reacted to low water levels last week by limiting the cargo size of ships using the waterway. The maximum ship's draft was cut to 11.73 meters. Canal locks normally accommodate ships with a draft of up to 12 meters.

Puerto Rico is among Caribbean islands worst hit in recent weeks by meager precipitation that prompted restrictions on water usage. Brazil, the venue for next year's Olympics, has also faced shortages, including drained Sao Paulo reservoirs.

In July, India's forecasters warned that the annual monsoon, critical for regions lacking irrigation, was heading for a dry spell.

In recent days, large wildfires have raged across western Canada, forcing more than 10,000 people from their homes in in Saskatchewan.

El Nino stems from a saying by Peruvian sailors that Christ Child (El Nino) is most noticeable around Christmas, coupled with a declined in fish catches.

In El Nino years, Pacific currents subside and sometimes change direction. The surface sea water off the coasts of Australia and Indonesia drop several degrees, whereas water temperatures off Latin America rise. The El Nino phenomenon last occurred in the years 2009 and 2010. Periods of El Nino usually last about a year.

World average temperatures were the hottest in June and during the first six months of this year, according to NOAA climatologists.