Egypt′s Morsi consolidates his power | World | Breaking news and perspectives from around the globe | DW | 10.09.2012

Egypt's President Morsi is consolidating his power by removing remnants of the military leadership. His critics accuse him of running an authoritarian state; however, the Muslim Brotherhood dismisses those claims. 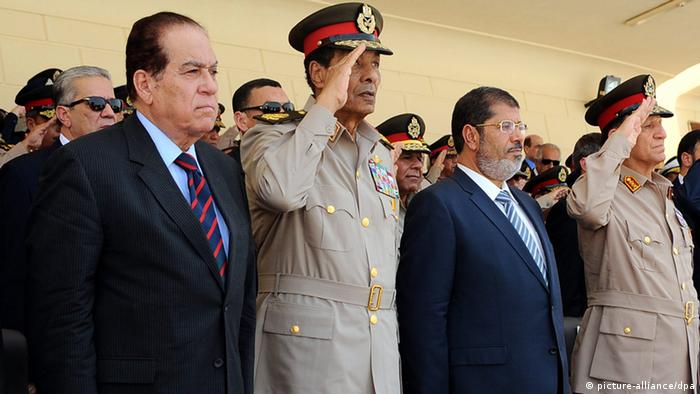 For 60 years Egypt's military defined the country's politics, and the idea of a president without an army background was out of the question. It's understandable that many Egyptians are still rubbing their eyes in disbelief that Mohammed Morsi not only lacks military ties, but also belongs to the Muslim Brotherhood.

For decades the military did everything it could to suppress and intimidate members of the organization, a pattern that repeated itself as the army council attempted to curtail Morsi's power shortly after he took office. But Morsi soon struck back. He forced the head of the Supreme Council of the Armed Forces, along with a number of other leading figures, into retirement. The military's influence on political decisions has waned considerably as a result . 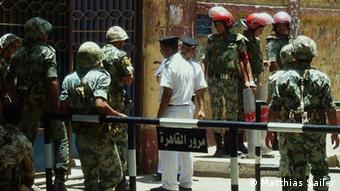 Morsi has managed to successfully sideline the military

Morsi has moved swiftly to take advantage of his increased stature to consolidate his power by putting his own people in key positions. There may be misgivings, especially among liberals, about a growing authoritarian state run by the Muslim Brotherhood - but the majority is prepared to give him a chance.

Among these is 24-year-old activist Doaa Mohamad, who works for an NGO. "We were able to chase out Mubarak and we can do the same to Morsi. I think he knows that the Egyptian people are not afraid, as they used to be. I don't think he's stupid enough to risk that."

Others, however, are more skeptical, and accuse Morsi of trying to crack down on press freedoms. Just days after Morsi threw out the old military leadership, the justice ministry ordered the anti-Muslim TV network Al-Faraeen to shut down, while at the same time Islam Afifi, editor-in-chief of the daily Al-Dustour newspaper, was arrested for allegedly insulting Morsi.

A closer look at the situation reveals a more balanced picture. Shortly after the editor's arrest, Morsi issued a decree prohibiting the detention and trial of journalists for alleged publishing crimes. Morsi's vice president, Mahmoud Mekki, has announced a new media law envisaging the creation of an independent supervisory body to curtail the state's broad influence. 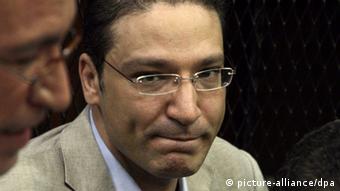 There are also voices promoting safeguards against complete press freedom, given Al-Faraeen and Al-Dustour's previous attempts to smear the Muslim Brotherhood. Hany Al-Deeb represents the Muslim Brotherhood abroad: "What does press freedom actually mean? If tomorrow someone attacks (British Prime Minister) David Cameron and says 'your wife is a prostitute,' that person will be held accountable. However, criticism is an entirely different matter. If you want to criticize, that's fine."

Al-Deeb rejects accusations that Morsi moved his people into key positions within his team of advisors and the state-run media. "Name one country where a party has a parliamentary majority and where the president is the head of the party, and is told 'your people are not allowed to form the government or be part of the president's team.' That doesn't happen anywhere."

Morsi is also making life difficult for his detractors. Only four of the 10 newly appointed provincial governors are members of the Muslim Brotherhood, while three governors have a military and police background, making it difficult to accuse the Muslim Brotherhood of wanting to grab power at all costs. Morsi also showed tactical prowess by appointing a former military police general as governor of the troublesome Sinai province. Should militant Islamists launch further attacks in the region, Morsi and his Muslim Brotherhood would be out of the immediate line of fire.

That still leaves the Muslim Brotherhood and its political arm, the Freedom and Justice Party, with its sternest test, namely opposition within the state apparatus. Mubarak's notorious security services are still a force to be reckoned with, and are opposed to any attempts at reform.

Abdel Moati Ibrahim Zaki, who heads the Freedom and Justice Party's headquarters in the Giza district, says tackling the interior ministry is the biggest challenge. "We need to realign the ministry and that won't be easy. We have to start by gradually removing the high-level officials. We know who they are but we can't dismiss them in one go, otherwise everything would collapse." 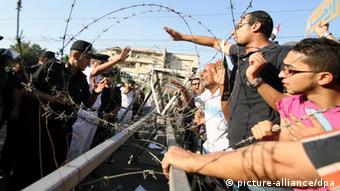 Protests against Morsi have been relatively low-key

Morsi's attempts to consolidate his power look promising so far - simply because he's managed not to alienate the public or the military. The best bellwether for his success can be found on the street: anti-Morsi demonstrations are comparatively small and low-key affairs.

During the Egyptian revolution, the Gulf States distanced themselves from Egypt. But ties are improving again now in accordance with an old rule: Good relationships are based on mutual benefits. (25.08.2012)

The Arab Spring brought with it many freedoms to the region's media. But now, many media outlets are feeling renewed pressure from both the old and new political elites. (23.08.2012)