An Egyptian court has dissolved bands of hard-core football supporters. Various factions of "ultras" were at the forefront of Egypt's 2011 uprising. 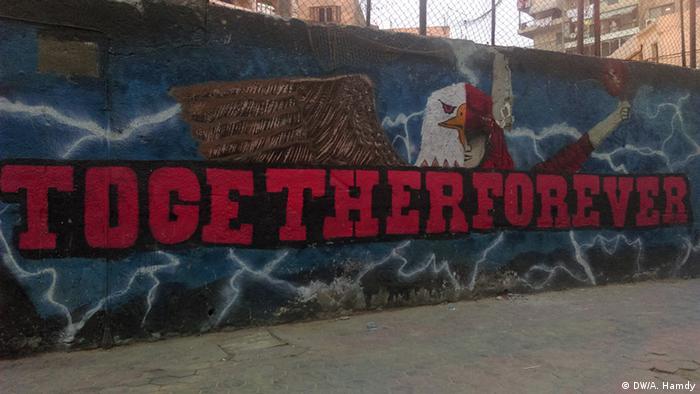 Cairo's Court of Urgent Matters on Saturday declared illegal the groupings of Egypt's hardest-core football fans, known as "ultras." The ruling came after a case filed by Mourtada Mansour, the chairman of the Cairo-based Zamalek club, who has previously referred to ultras as "terrorists."

"The ultras are a criminal phenomenon that should be eradicated," Mansour told the AFP news agency on Saturday.

Mansour had openly opposed the 2011 overthrow of President Hosni Mubarak but backed the army's 2013 ouster of his Islamist successor, Mohammed Morsi. In his case against the ultras, he accused the football fans of acts of violence, including a stampede that killed 19 fans outside a Cairo stadium in February, when police fired tear gas canisters into a crowd waiting in a fenced, narrow corridor.

On Saturday, the state-run newspaper al-Ahram reported that the White Knights - followers of Mansour's Zamalek - had rejected the court's decision, which can be appealed. The paper quoted an unnamed member of the group as saying that security forces had arrested several members of the group. Police have not officially confirmed the claim.

From heroes to hated

The ultras had fought at the forefront of protests against the longtime autocrat Mubarak, who stepped down in early 2011 after an 18-day uprising. Now, however, Egyptian prosecutors have placed 12 members of the White Knights among 16 defendants on trial over violence at stadiums.

Last month, a separate court sentenced 11 fans to death in a retrial of more than 70 defendants accused in a 2012 soccer riot that left 74 people dead. An initial verdict in 2013 set off protests by fans in Cairo, who torched the soccer federation's headquarters. Since the 2012 incident, authorities have sharply limited attendance at matches.

Ultras are an international phenomenon, with authorities in Germany also trying to get a rein on violent football fans.