An Egyptian court has declared Palestinian movement Hamas a "terrorist" organization, according to a judicial source. The decision comes one month after Cairo added the group's military wing to its terror blacklist. 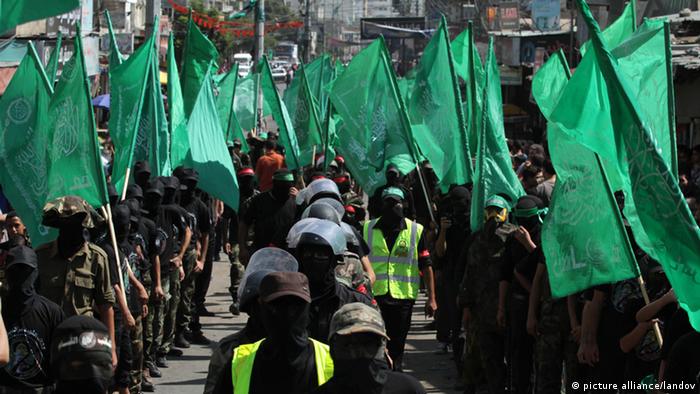 The Cairo court's ruling on Saturday was in response to a lawsuit alleging that Hamas was involved in recent attacks on Egyptian soil.

"The court ruled that Hamas should be included as a terrorist organisation," said Samir Sabry, one of the lawyers who brought the case the group.

Hamas, which rules the Palestinian territory of Gaza bordering Egypt's restive Sinai Peninsula, said in statement that Saturday's verdict was "shocking and dangerous," and that it "targets the Palestinian people and its factions of resistance."

In March last year, Egypt banned Hamas from carrying out any activities on its soil and froze the group's assets. Authorities in Cairo have accused the group of aiding militants based in the Sinai region wage deadly attacks against Egyptian police and soldiers. Hamas officials have repeatedly denied these charges.

Hamas was founded in the late 1980s as an offshoot of Egypt's Muslim Brotherhood, which has also been banned and declared a terrorist organization. Relations between Cairo and Hamas deteriorated after Egypt's military toppled senior Brotherhood leader and former President Mohammed Morsi in 2013.

More than 1,400 people have been killed in the Egyptian government's subsequent crackdown on his supporters.

Hamas had also been on the European Union's terrorism blacklist since 2001, but was taken off in December 2014 after an EU court ruled the designation was based on media reports rather than solid legal evidence. Last month the EU said it wanted to keep Hamas on the list and would appeal the court's decision. Hamas has long contested the terrorist classification.