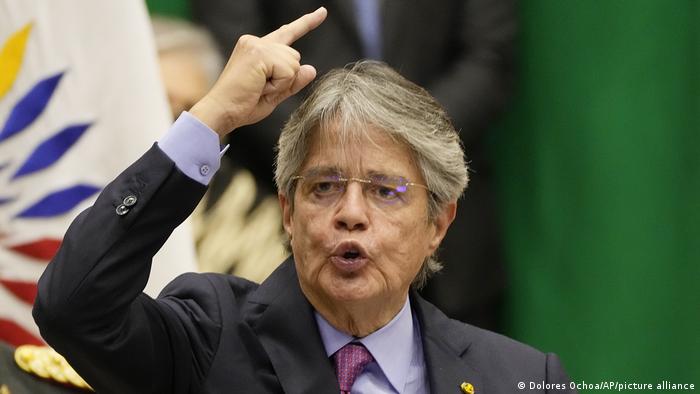 It was meant to be a fun family trip to an ice cream parlor. But it ended in tragedy.

Eleven-year-old Sebastian was standing at the counter; his parents were sitting at a table with his little sister. Suddenly, shots rang out. Two gunemen exchanged fire with the police on the street corner in front of the ice cream parlor. The father pushed his daughter to safety under the table and called out to his son. Sebastian was trying to reach his mother when he was hit by a bullet that proved fatal.

This incident took place last Sunday in the port city of Guayaquil. It's far from being an isolated one. In recent months, violence in Ecuador has spiked significantly. Between January and October of this year, nearly 1,900 homicides (11 per 100,000 inhabitants) were registered in the South American country, according to the government. In 2020, the total figure for the entire year was around 1,400.

The main cause for the violence is the increasing presence of rival Mexican drug cartels that are vying to take control of the international drug trade's transit routes. Located between major cocaine producers Colombia and Peru, Ecuador is a major hub for drug trafficking both to the US and to Europe.

Guayaquil, the country's largest city, is particularly hard-hit. At the end of September, riots broke out in an overcrowded prison, killing more than 100 people. Bloody clashes like these are a regular occurrence in Ecuador's chronically overflowing jails.

What's behind the state of emergency?

On Monday this week, Ecuadorian President Guillermo Lasso declared a 60-day nationwide state of emergency, saying it was needed to facilitate a concerted fight against crime in the country. The military and police were immediately dispatched to patrol the streets to provide greater security.

The state of emergency also gives authorities the power to restrict freedom of movement and assembly. Using militaristic words, the president pledged his full support to the security forces and guaranteed them impunity in the performance of their duties.

Many observers, however, suspect that the fight against crime and drug trafficking isn't the only reason for Lasso's state of emergency.

"It is frightening that Lasso is broadening the concept of criminals and terrorists to include those on strike, for example, indigenous peoples, rice farmers or transport organizations,” Constantin Groll, head of the German Friedrich Ebert Foundation (FES) in Ecuador, told DW. "The state of emergency has meant that the strikes and protests of these organizations have been put on hold for the time being."

US Secretary of State Antony Blinken also apparently saw fit to remind President Lasso to respect democratic rules. During a visit to the Ecuadorian capital, Quito, Blinken said that drug trafficking must be combated without violating "democratic values." 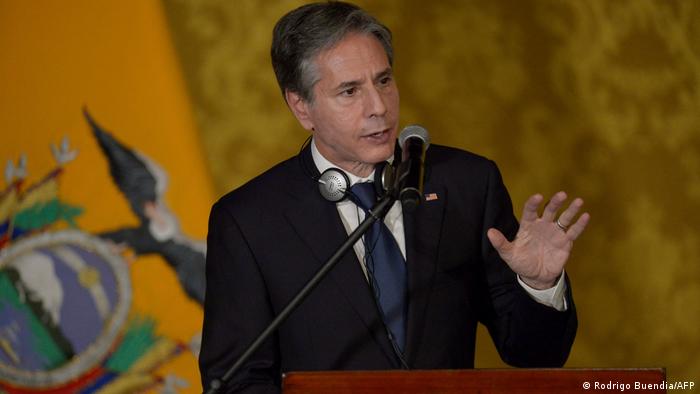 Jose Miguel Vivanco, director of the Latin America division at Human Rights Watch (HRW), for his part warned against the presence of the military on the streets, pointing out that "the armed forces are trained for war, not for controlling public order and crime."

Poverty and economic crisis as root cause

The South American country, with a population of around 17 million, is mired in a deep economic crisis. According to government figures, gross domestic product (GDP) plummeted by 7.5% last year. Around one-third of Ecuadorians currently live in poverty, with numbers soaring as a result of the coronavirus pandemic.

Ecuador's conservative President Lasso, a former banker, took office only in May this year after a narrow election victory. He's already considered to be in trouble.

Lasso's name emerged in the Pandora Papers, a leak of documents by the International Consortium of Investigative Journalists exposing secret offshore accounts of a host of world leaders. The revelations it contained prompted the Ecuadorian Parliament to vote in favor of a parliamentary investigation against the president. The investigation is to examine whether Lasso violated Ecuadorian law by owning assets in tax havens.

"In the first months of his presidency, Lasso's popularity soared. A successful vaccination campaign gave his presidency a good start," Ecuadorian anthropologist and migration researcher Jacques Ramírez Gallegos said in an interview with DW. But Gallegos added that this had been the extent of his successes. 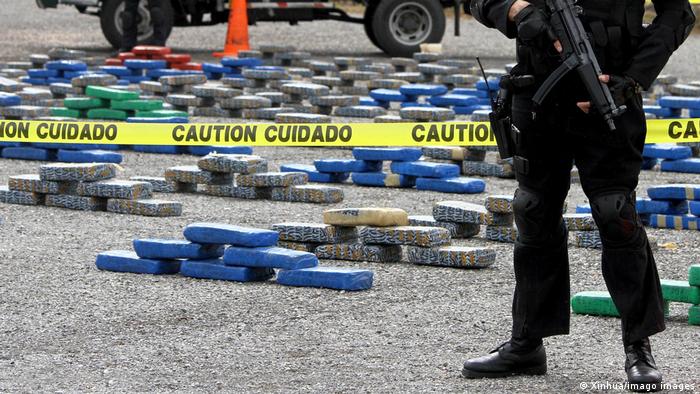 Drug-related crime and violence is rampant in Ecuador

Gallego said Lasso's break with the Social Christian Party (PSC), with whose help he gained presidential office, deprived him of the majority he needed in parliament to pass urgent reform projects. "A lack of experience and ineptitude also ensured that none of the laws planned by the Lasso government could be passed in parliament," Ramírez Gallegos said, adding that the most important projects failed not because of their content, but for formal reasons.

The imposition of the state of emergency can thus also be seen as a consequence of the failed alliance and of the mistakes of Lasso's current government. But not everyone agrees.

"At the very least, the state of emergency reflects a disdain for the democratic rules of the game and institutions and a lack of a consensus-oriented political culture," Constantin Groll of the FES in Quito said. 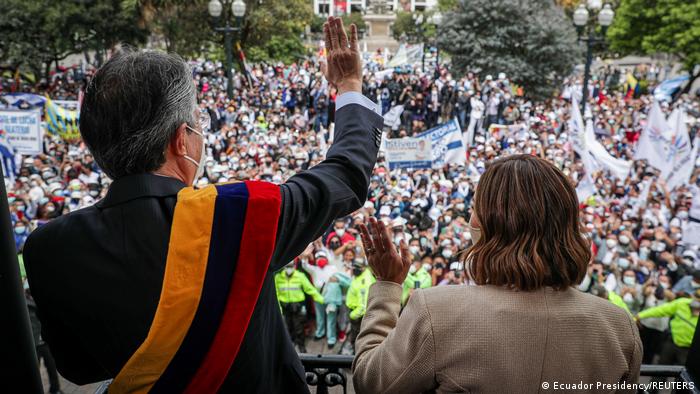 President Lasso took office only in May this year, but he's already under fire

Meanwhile, resentment against the government has been growing among the population. Planned protests have become impossible for the time being because of the state of emergency. According to the Perfiles de Opinion polling institute, support for Guillermo Lasso, which was initially at 74 %, has now crashed to just 34 %.

Groll is concerned at the current developments.  "There is a lot of speculation in Ecuador as to whether and how long the government can hold on to power. Opinions diverge widely. Personally, I find this question rather unimportant,” Groll said.

"I am much more concerned that with each new confrontation, [Ecuador's] already poor democratic political culture and democracy as a whole will be damaged.”