A new study of German cities shows that the creme-de-la-creme of young professional minds are attracted to Hamburg and Munich. Fewer, however, lay their hats in Berlin, regardless of its cool, capital status. 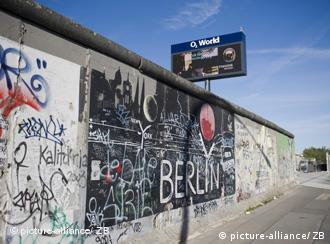 Berlin Wall remnants are a canvas for the city's creatives

"Increased Competition for Clever Minds" is the title of a report analyzing migration from cities with more than half a million residents. Its three authors from the Institute of Employment Research (IAB) paint a picture in which well-educated Germans most readily move to places renowned for their political leanings, their solid foundations, their ability to provide work and perhaps even for their good air, be it of the sea or mountain variety.

In many ways, the findings are not surprising. Not only for the cities that did feature at the top of the popularity chart, but also for those that did not. Most notably: Germany's unconventional capital Berlin, which unlike Hamburg and Munich, has not had the benefit of being able to continually evolve since the days of the post-war economic miracle. 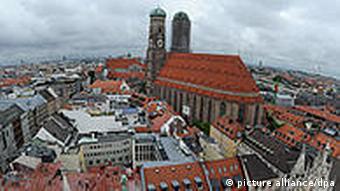 Munich is the most popular career destination for well-educated Germans

After 40 years of division and almost 20 years of reunification, Berlin is still trying to find its feet, economically speaking. As Martin Gornig, the head of innovation, manufacturing and service at the German Institute for Economic Research told Deutsche Welle, the capital city does not boast the kind of economic framework that entices people hoping to launch prosperous careers.

"Berlin doesn't have BMW or Allianz," he says. "The big companies left Berlin and they have not come back."

And nor are they likely to, given the difficulties associated with uprooting established companies.

"What Berlin has to do now is grow new ones," Gornig says. "It might be a slow process, but it has to happen."

Gornig is not talking about new car manufacturers or new insurance companies, but about Berlin playing to its greatest strength: creativity. It has always had a reputation for attracting artists, but in recent years the capital has become a veritable stomping ground for those pointedly seeking inspiration over security.

The city's creative pool is deep. Designers, musicians, painters, fashion designers and filmmakers add to it and drink from it. Art feeds art in Berlin. And while that does not necessarily a make a booming economy, it does provide the capital with some excellent long-term prospects.

"Almost everything in Berlin relates in some way or another to creativity," says Volker Hassemer of Stiftung Zukunft Berlin (Foundation for the Future of Berlin). "Take Telekom for example, they have a large creative department here, which is entirely because of the type of people that live in the city." 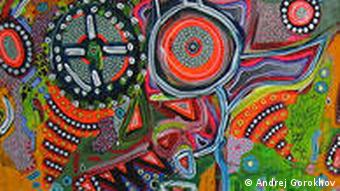 Berlin has a thriving art scene

And the telecommunications giant is not alone. Hassemer says businesses actively seeking creative input have picked up on the fact that it pays to offer creative jobs in Berlin because they know they will stand a better chance of getting good people.

Geppert goes one step further. He says the German capital appeals to the kind of workers who are not only creative in what they do, but in the way they live their lives.

"We're not talking here about people who want permanent contracts with all the perks of holiday and sick pay, but about those who come to Berlin without work and who are willing to be freelance or take short-term contacts."

Yet for all that, there is a sense that Germany's biggest city could be doing a bit more to sell its creative vein to the commercial world, as well as to tourists and artists. 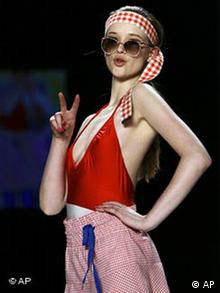 "We need to recognize the potential of what we have," Hassemer says, adding that the arts and culture landscape is currently too fractured to be of serious economic value. He believes the capital needs to be more up front about how it wants to use the creative talent residing within its boundaries. And for that it needs a cluster organization.

"Cities should show themselves to the outside world," Hassemer said. "Berlin has a cluster for health care management, but has not managed to establish one for its creative industries, and that is a failure."

He says that while establishing a cluster is not inherently easy, it could be done. The major impediment is bad management on the part of politicians, who are too bound up in minor tussles to extend a hand of partnership to the creative branch.

Hassemer is very clear that Berlin should get on top of its potential sooner rather than later, because to squander it may well be to inflict lasting damage.

"How are we going to continue to compete as Europeans when other countries are growing and producing so fast?" he asks. "Not with manufactured products but with our cultural maturity."

Berliners commemorate construction of the wall that divided the city

Construction of the Berlin Wall began on August 13, 1961. As Berlin remembers the event, new figures suggest more people than previously thought were killed on the inner German border from 1961-1989. (12.08.2010)