Each year, banks, research institutions and other experts in Germany issue annual forecasts about how they expect the economy to perform. And just about every year, they end up making some corrections. 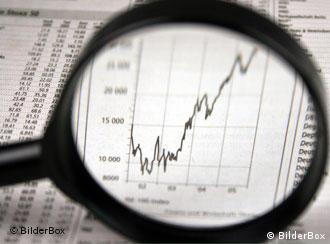 Economic forecasters look closley at all the numbers

Economic researchers call them "external shocks" - those unforeseen occurrences like natural catastrophes, terrorist attacks or a financial crises that begin in one region and spread to others.

They come with no forewarning and can easily smother a flourishing economy.

Predicting the future has always been difficult, admits Anton Börner, president of the Federation of German Wholesale, Foreign Trade and Services (BGA).

The industry group is among the first to experience a slow-down in foreign trade, when the order books of its members begin to empty. 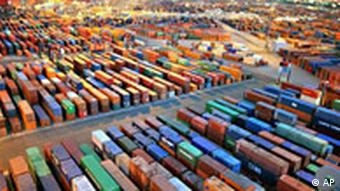 Far off the mark

"All of us need information," Börner told Deutsche Welle. "Global economic output is always the sum of many individual decisions. So it is useful to listen to many forecasts."

But that's not to say economists' predictions are always right.

A prime example of a forecast that was far off the mark occurred in 2001, when at the beginning of the year economists predicted the German economy would grow by up to 3 percent. But shortly after their forecasts were published the economy went into a slump and eventually grew by just 0.6 percent.

The reasons for the economic downturn came from outside the country: a rapid increase in oil prices, the weak US economy, and, in particular, the 9/11 terrorist attacks in New York and Washington.

While economic researchers have no "crystal ball" to predict the future, they are experts in specialist areas with access to a wealth of information to help them make solid assessments, according to Rolf Kroker from the Kiel Institute for the World Economy (IFW). 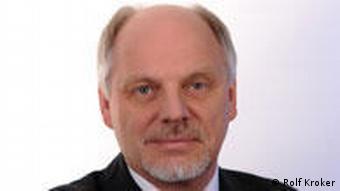 Rolf Kroker from the Kiel Institute for the World Economy

"An economic researcher needs to know, for instance, how developments in the United States, Europe or China will impact the German economy," Kroker told Deutsche Welle. "He needs to be specialist in a given area with a bit more knowledge than others."

Of course, no one can make a positive or negative economic forecast with 100 percent certainty. It is all about analyzing a pool of information about trends and movements and crunching numbers to make a forecast at a certain point in time.

Managing all this is not without its challenges, according to Kroker. "Economic forecasters like to say 'the trend is your friend,'" he said. "That means when we have a good economy, it is easy to predict whether output will grow by 3 percent or 3.2 percent - which isn't so relevant.

The real challenge, he noted, is to predict a shift in the economy "in the one or other direction."

Veteran forecasters, he added, have an advantage. Their years of experience give them a feeling for reading how an economy is developing.

Historical knowledge also flows into every forecast, according to Michael Schröder with the Centre for Economic Research in Mannheim. 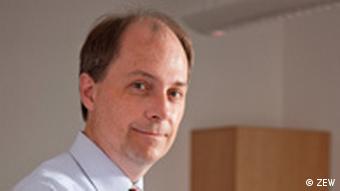 Michael Schröder from the Centre for Economic Research in Mannheim

Schröder argues that knowledge gained from analyzing trends over the past decades is paramount to economic forecasting today. He also maintains that every prediction must take into account institutional and structural changes.

A failure to do so can generate to forecasts that are far off the mark, leading politicians and other decision-makers to make incorrect decisions, Schröder says.

Overall, forecasters enjoy a pretty good batting average, Schröder says. Sure, they make mistakes occasionally, but of economic forecasters, he is quick to point out, is good overall – and that's what counts, most forecasts.

Forecaster have made mistakes in the past and will probably do so again in the future. But overall, Schröder says, their batting average isn't too shabby.

Economists warn of German slowdown in 2012

Leading economists have warned that Germany is heading for an economic slowdown in 2012. They have called for coordinated approaches to deal with Europe's spiralling debt crisis to avoid further damage. (13.10.2011)

Growth in Europe's biggest economy slowed sharply in the second quarter of 2011, adding to signs that the global recovery is losing momentum as EU leaders struggle to get a grip on eurozone debt. (16.08.2011)