A leading official from the European Central Bank has urged governments to speed up their decision-making process with regard to a rescue package for Cyprus. He said dragging one's feet is no solution. 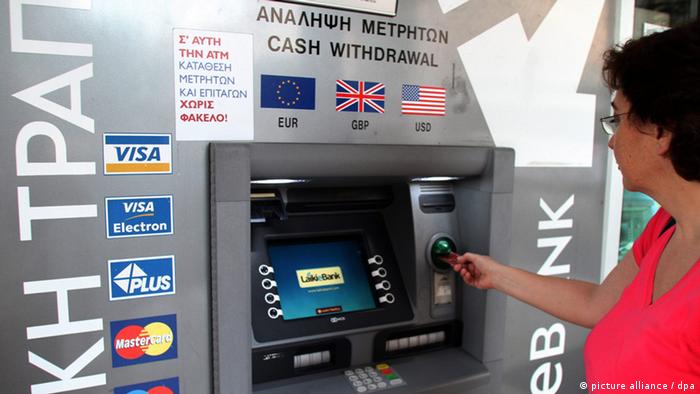 Top European Central Bank official Jörg Asmussen said that eurozone leaders should not waste any time in reaching an agreement on a bailout deal for struggling Cyprus.

He told the Monday edition of Germany's Handelsblatt business daily that he expected an aid program to be drawn up by the end of March.

"If anyone hopes to delay a decision until after the German parliamentary election [on September 22, 2013], that won't work," the ECB executive board member warned, bearing in mind the German government's recent misgivings about a bailout scheme for Cyprus.

Asmussen said, though, that allegations that Cyprus was not doing enough to combat money laundering needed to be looked into. He said bringing in an auditing company to examine whether international standards on fighting money laundering were applied in the country, would be a good idea.

The ECB board member added that not granting any help to Cyprus would entail dire risks.

"If we were to leave a country like that to its own devices, we'd jeopardize all the progress we made last year in curbing the euro crisis - and such a move would come at enormous political and financial costs," Asmussen said.

Eurozone finance ministers are meeting in Brussels on Monday to once again debate a bailout scheme for Greece, but no decisions were expected to be announced. There has been talk of possible rescue package worth 17.5 billion euros ($23.4 billion), with 10 billion euros to go into getting the country's banking sector back onto its feet.

A shooting has taken place in the French capital outside of a hospital owned by the Red Cross.

The US-based company is sending 50 million single-shot vaccines to the European bloc over the next few months.