EBU Head of News Corbin: ‘Belarusians have the right to have access to information’

In a DW interview, Liz Corbin, head of news at the European Broadcasting Union (EBU), discussed the state of press freedom in Belarus and the difficulties foreign reporters currently face in the country. 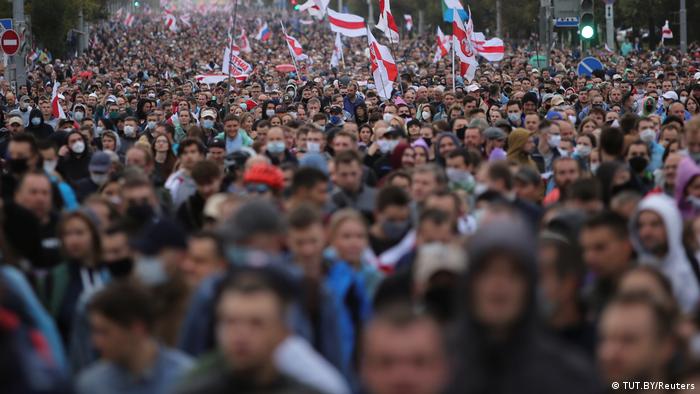 In a DW interview, Corbin emphasized the gravity of the situation, saying that “this is really an attack on freedom of the press.” She added that “the people of Belarus (…) have the right to have access to independent and true information about what's happening in their country.”
She appealed to the Lukashenko government to “support the freedom of expression and to allow journalists, particularly independent, public service journalists, to be able to do their job.”

As the number of journalists with valid accreditation is decreasing, Corbin underlined the innovative capacity of journalists who would not forget about Belarus: “We know that our public service journalists who work in newsrooms across the continent and beyond will be working really hard to get this story out, to be working with local journalists and to be finding creative ways to tell the story. The situation in Belarus is troubling for many. And the world deserves to hear about it.”