A UN worker who was treated for Ebola in Leipzig, Germany, has died, according to the clinic where he was under observation in an isolation ward. He had been flown in from Liberia last week. 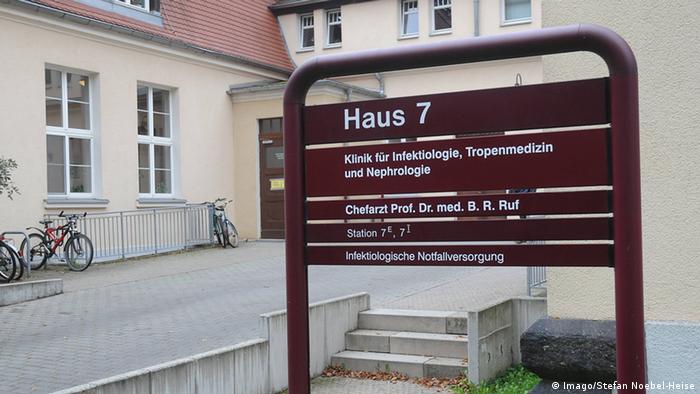 A UN aid worker who had been active in Liberia and who hasn't been named has died of Ebola, according to the clinic in the eastern German city of Leipzig, where he was being treated.

The Reuters news agency said the patient had passed away early on Tuesday, while in treatment in an isolation ward in the St Georg clinic.

He was flown into Germany last Thursday. Doctors pronounced his condition as "highly critical, but stable," at the time.

There is currently one other Ebola patient being treated in Germany, at a clinic in Frankfurt. Another patient was released from a Hamburg clinic in good health following five weeks of treatment.

The St Georg clinic in Leipzig said in a statement that there was "no danger of the disease spreading following the treatment of the deceased patient."

The World Health Organization (WHO) estimates the death toll resulting from the worst outbreak of Ebola on record to have reached 4,033.

In Liberia, the hardest-hit West African country, 2,316 people have died. The death toll in Sierra Leone and Guinea stands at nearly 1,000 respectively, according to the latest WHO update.

The condition of a Spanish nurse who contracted the virus from a patient has worsened as more of her contacts were quarantined. The US's top public health official claims Ebola poses the greatest challenge since AIDS. (10.10.2014)