Officials in North Carolina will quarantine missionaries returning to the US from West African nations afflicted during the current Ebola outbreak. A Sierra Leonean in Germany tested negative after being quarantined. 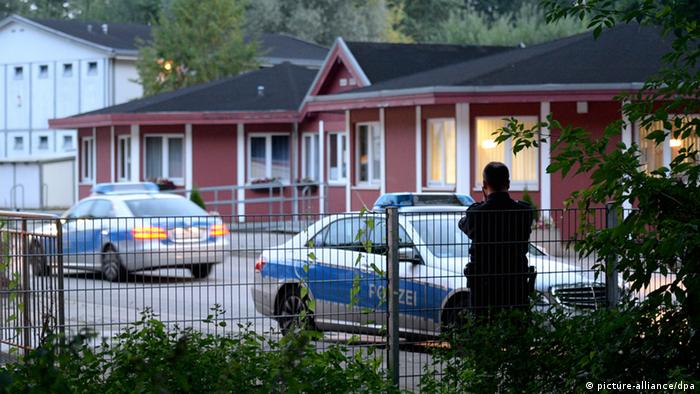 The 21-day quarantine represents the longest duration of Ebola incubation - though the average period runs just 10 days - between subjects' last potential contact with someone infected and the onset of the illness.

"Quarantine is a public health measure to protect the public that requires healthy people who were exposed to a disease to be prevented from contact with others until it is certain that they are not infected," Dr. Stephen Keener, medical director in Mecklenburg County, said Sunday.

Missionaries from the North Carolina-based Christian aid groups SIM USA and Samaritan's Purse have worked to help combat the widest outbreak of the disease on record. However, at least two of the relief workers have contracted the virus so far and doctors have placed them in isolation at Emory University in the state of Georgia, where their condition has improved with the help of an experimental drug.

Germany had also quarantined at least one person (scene pictured at top of article) in the north of the country. Hamburg doctors released a Sierra Leonean after he tested negative on Sunday. They quarantined him on Saturday afternoon with a fever and vomiting.

In Nigeria, where health authorities are overwhelmed by the virus, a newspaper reported Sunday that the bodies of Ebola victims could no longer be transported for burial. Two people have died in Nigeria of Ebola, where seven patients are currently infected and 70 are under surveillance.

Ebola spreads through contact with the bodily fluids of infected people and has a historical fatality rate of 90 percent, though the current outbreak has run 55-60 percent. The virus has killed 900 people this year in Guinea, Sierra Leone and Liberia. Ebola has no vaccine or treatment, though the British pharmaceutical company GlaxoSmithKline hopes to begin clinical tests on a new vaccine this year.

In Madrid, doctors will treat the priest Miguel Pajares - infected in Liberia and the first known Ebola carrier on European soil during the current outbreak - with the experimental drug ZMapp, Spain's Health Ministry announced on Sunday. Doctors have determined that the 65-year-old Spanish nun Juliana Bonoha Bohe, who worked at the same hospital as Pajares in Liberia, does not have Ebola.