Two German federal ministers are on their way to West Africa, to offer Berlin's support as the region recovers from the effects of Ebola. They've also flagged creating specialist teams to deal with future crises. 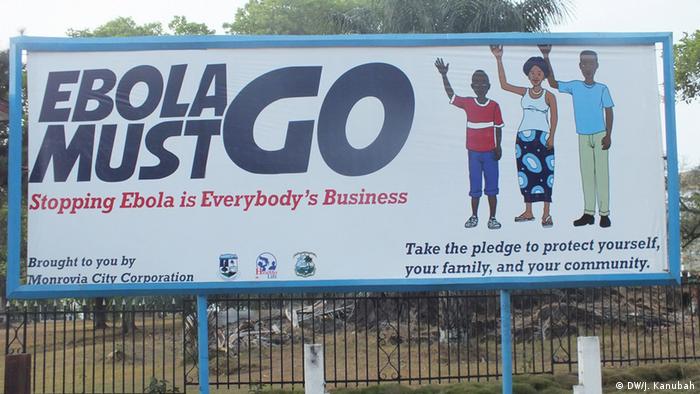 The lawmakers, Health Minister Hermann Gröhe and Development Minister Gerd Müller, left for West Africa on Tuesday. Their first stop is Ghana - itself spared by the latest Ebola outbreak, but which serves as a logistics base for the countries that were hard hit - Liberia, Sierra Leone and Guinea.

Almost 10,500 people have died from the virus in those three countries in a year, according to the latest Ebola situation report from the World Health Organization.

Gröhe and Müller will push for a redevelopment of the affected health systems, and ways to better respond to health disasters in Africa, with a 200-million euro aid package sponsored by Germany.

Müller told the Bild newspaper that a team of "white helmets" - groups of doctors, technicians and specialists - would be set up at Germany's development agency, GIZ, to be sent anywhere in the world in three to five days.

Müller said the outbreak had set back the economies of Liberia, Sierra Leone and Guinea by five to ten years.

Before the trip, Gröhe warned of the growing danger of global epidemics. The risk was increasing, Gröhe said, "because people are traveling more and more."

"We need to learn to think of health in a global way," Gröhe said. "Disease knows no boundaries."

While the number of new Ebola cases has declined significantly since the start of the year, many have warned against declaring the epidemic over.

"Ebola is not defeated," said Gröhe.

First Ebola patient in a month dies in Liberia

A Liberian woman who became the country's first Ebola patient in more than a month has died. Officials say two more people are suspected of having the virus, halting the country's plans to be Ebola-free by April. (28.03.2015)

Early-stage trials of an experimental Ebola vaccine indicate it is safe and triggers antibodies. There is currently no vaccine for the virus that has killed thousands in West Africa. (02.04.2015)