The World Health Organization has dramatically revised the death toll from the Ebola outbreak. Almost 7,000 have died from the virus - adding 1,200 more to a count released days ago. 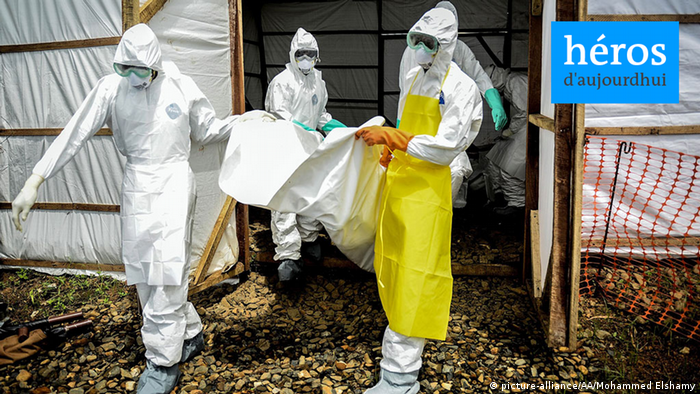 Nearly 7,000 people mainly in West Africa have died in what is the worst outbreak of Ebola, the World Health Organization said at the weekend.

It is an abrupt increase of just over 1,200 deaths compared to its previous report, released days ago. A WHO spokesman said the steep hike in fatalities, mainly in Liberia, was mainly "a reconciliation of historical numbers" and not due to new deaths in recent days.

The UN's health agency has previously said it believes there are far more deaths than actually registered.

A total of 16,169 people have been infected with Ebola since the outbreak was confirmed at the beginning of this year.

All but 15 of the total deaths have been in the West African nations of Liberia, Sierra Leone and Guinea. The outbreak has reached five other countries.

Last week, Ebola vaccine researchers said they were encouraged by the results of an initial clinical trial, in which volunteers developed antibodies needed to fight the virus. The rapid spread of Ebola, a hemorrhagic fever, has left health agencies and pharmaceutical companies scrambling to fast-track experimental drugs and vaccines.

On Friday, British scientists also announced trials on a 15-minute test for the Ebola virus, which is six times faster than existing tests.

Ebola is spread through direct contact with the bodily fluids of an infected person who is showing symptoms such as fever or vomiting.