Ebadi: Now is the time for a 'human rights deal' in Iran

Following the nuclear agreement, Iranians are hoping for an improvement not only of their finances but also of the rights situation in the country. In a DW interview, Nobel Peace Prize laureate Shirin Ebadi tells why. 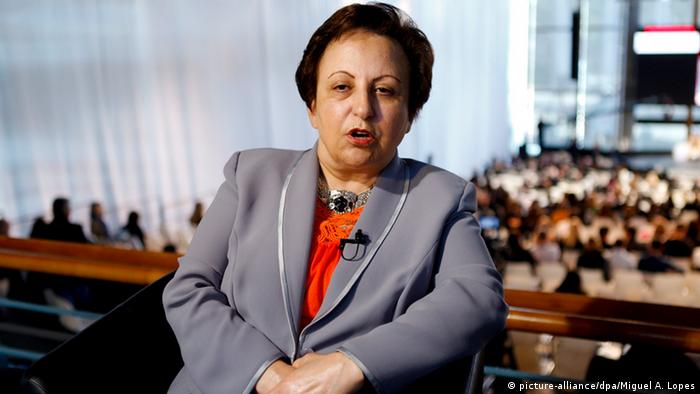 DW: Opinions differ as to how the recent nuclear deal will impact the human rights situation in the county. What is your view on this?

Shirin Ebadi: I believe the human rights situation will improve. However, this will require that more information on this issue reaches the public, and that activists - both in and outside Iran - become more active. The lifting of sanctions will improve the economic situation of the people and hence give them more time to deal with issues such as human rights and political prisoners.

What part can the West and its media play in this regard?

If Western governments can talk about economic ties with Iran, then they can also address human rights issues. Every country has its own interests at heart, but governments also want to be popular and win votes. If we, as rights activists, succeed in sensitizing and making the Western public aware of rights issues in Iran, then this can contribute to influencing their governments and putting the issue on the international agenda.

So you don't believe the nuclear deal will lead to a diminished interest by the West in human rights issues, or that the issue will become a victim of economic interests, as feared by some activists?

No. On the contrary, I believe the agreement will increase the sensitivity of the West for the rights situation in Iran and pave the wave for talks on the issue. As mentioned before, this will require an increased awareness and flow of information, but this is the task of rights activists operating in and outside Iran.

Are you saying the West has less to worry about following the nuclear agreement?

Until recently, the West was entirely focused on the nuclear issue. The dispute was about safety and the desire to prevent the development of nuclear weapons by Iran. Now that the issue has been settled, the West can now focus more openly on other issues.

Some argue that by ending the house arrest of Mehdi Karoubi and Hossein Moussavi, the leaders of Iran's Green Movement, President Rouhani could set an example and fulfill his campaign promises. Do you think the nuclear deal could bring about their release?

I hope so. The streets were full of people celebrating the nuclear deal and chanting that now is the time for a "human rights deal." Now that the nuclear dispute has been settled, the West should focus on the human rights situation in Iran.

Ashton Carter tells US Congress all options remain against Iran

Ashton Carter has said US armed forces are ready to confront Iran should it commit aggression. The US Defense Secretary was on capitol hill to defend a recently-agreed Iran nuclear deal. (30.07.2015)

Washington Post reporter Jason Rezaian was detained one year ago on espionage charges. DW spoke with the paper's foreign editor Douglas Jehl about the UN petition seeking his release. (22.07.2015)