Easyjet takes off from Berlin Tegel as it joins crowded German market | Business | Economy and finance news from a German perspective | DW | 05.01.2018

The low-cost airline has launched its first domestic flights in Germany from its new base at Berlin's Tegel Airport. The British carrier has added 19 new routes and joins an already crowded domestic market in Germany. 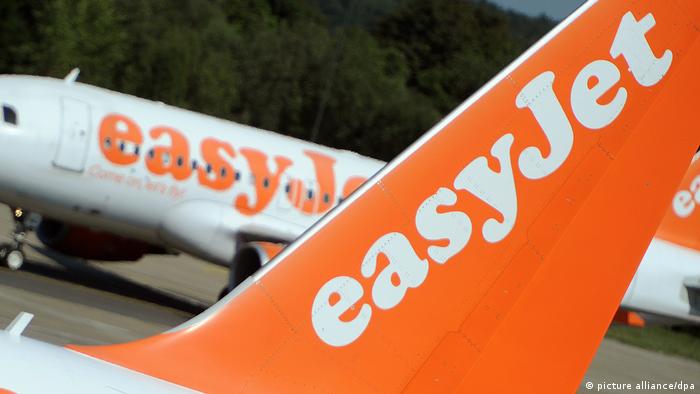 Easyjet will add 19 destinations to its schedules from Tegel, with four of those within Germany — Frankfurt, Stuttgart, Munich and Düsseldorf — and said it aims to fly 40 times a week between Tegel and Düsseldorf.

The airline's increased focus on the German market comes after the Air Berlin deal and puts Easyjet in direct competition with Lufthansa and its subsidiary Eurowings, which have been criticized in recent months for inflating its fares amid claims of antitrust.

During the period of Air Berlin's insolvency, the price of some domestic fares have risen by 30 percent.

Easyjet currently has 12 planes stationed at Tegel but plans to increase that figure to 25 within the next six months with aircraft purchased from Air Berlin, making it Easyjet's second largest base after London Gatwick, where the company has 37 aircraft.

Easyjet, which plans to use its partner airlines for some of its Tegel flights in the initial phase of the new operation, is increasingly targeting business travellers by offering routes to Zurich, Vienna, Copenhagen and Stockholm.

The news of Easyjet's expansion in Germany comes on the same day the company announced a record number of passengers for 2017.

However, Easyjet's annual net profits slumped by almost 33 percent as a result of increased competition and a Brexit-fuelled drop in the pound.

Easyjet applied for a new air operator's license in Austria in July 2017 in preparation for Britain's withdrawal from the European Union, and the associated Single European Sky system, in March 2019.