A new study reveals that productivity and wages in the east are 20 percent lower than in the west. The gap is likely to reignite the debate on whether the solidarity tax, to fund projects in the east, should be dropped. 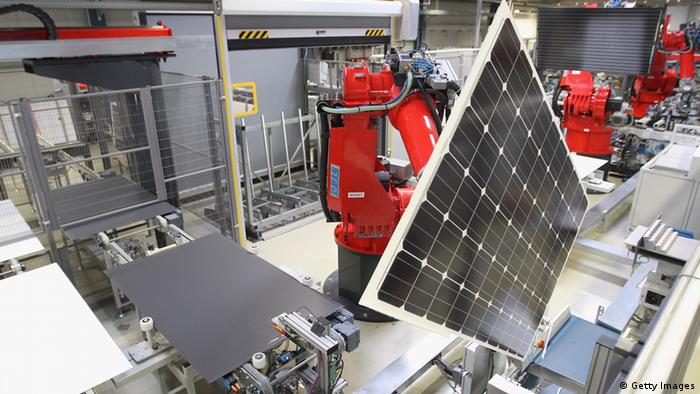 Thirty years after the fall of the Berlin Wall, eastern Germany remains about a fifth less productive than the west, new research from the Halle Institute for Economic Research (IWH) revealed on Monday.

Despite considerable progress since reunification in 1990, and a €2 trillion ($2.2 trillion) investment in the east by the federal government, regional differences remain wide, the study"United country — three decades after the Wall came down" suggested.

IWH researchers found that 93 percent of Germany's 500 largest firms are still based in the west of the Federal Republic.

Companies of comparable sizes in eastern states are about 20 percent less productive than their counterparts in the west.

The study suggested that subsidies paid by the government to encourage companies to preserve jobs may have contributed to the reduced labor productivity.

"The subsidy policy has had negative consequences," Reint Gropp, the IWH's president said, before calling for the policy to be dropped due to Germany's booming economy.

Wages in the east remain about 20 percent lower than elsewhere in Germany, the study found. In eastern Germany — apart from Berlin — the salary difference ranges from 68 percent in Görlitz, which lies on the border with Polland, to 95.5 percent in Jena, the second-largest city in the central state of Thuringia.

The IWH study found that productivity levels are wider between eastern and western German cities than between rural regions.

The report's authors urged a strengthening of eastern cities, by encouraging more companies to relocate their corporate headquarters.

Noting a growing shortage of skilled labor in eastern states, the report called for other cities — not only the capital, Berlin — to welcome more highly skilled migrants.

It said better living and working conditions would attract talented workers, along with further investment in education and science.

Gropp added that is was important for politicians to "tackle the structural issues in Germany as a whole, then the east will also make good progress."

Following the fall of the iron curtain, communist East Germany (GDR) and West Germany were reunited for the first time since World War II.

The West's economy had grown considerably in the 45 years since the end of the war, while the East was on the verge of bankruptcy.

Reunification saw the GDR integrated into the West, and around €100 billion a year spent on overhauling infrastructure and the economy in eastern states.

The new IWH study could rekindle a debate about the future of the solidarity surcharge, a 5.5 percent levy paid by all German taxpayers to fund reunification projects in the east.

A debate has been raging for several years over whether the tax is still required.