The Fretilin party is currently the junior member of East Timor's governing coalition, but will likely lead the new government. The party's secretary-general says they're willing to form a new coalition with the CNRT. 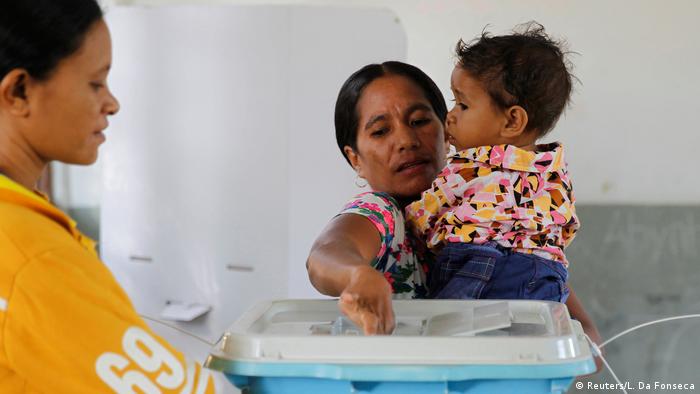 Preliminary results from East Timor's parliamentary election indicate that a change in leadership appears likely, as the leading member of the governing coalition has fallen behind its junior coalition partner.

The National Congress for Timorese Reconstruction (CNRT), led by the former independence hero Xanana Gusmao, won just 28 percent of the vote, down from 36.7 percent in the 2012 election, which it won.

Fretilin, or Revolutionary Front for an independent East Timor, appears to have won the election with 30 percent - essentially the same level of support it won five years ago.

CNRT was hurt by a struggling economy and two new political parties that ate into their support.

The Popular Liberation Party, led by former President Taur Matan Ruak, and the Democratic Party will both enter parliament having received 10 percent of the vote, respectively.

The secretary-general of Fretilin, Mari Alkatiri, told supporters the party was open to forming a coalition with the CNRT, sparking raucous applause and chants of "Viva Fretilin." 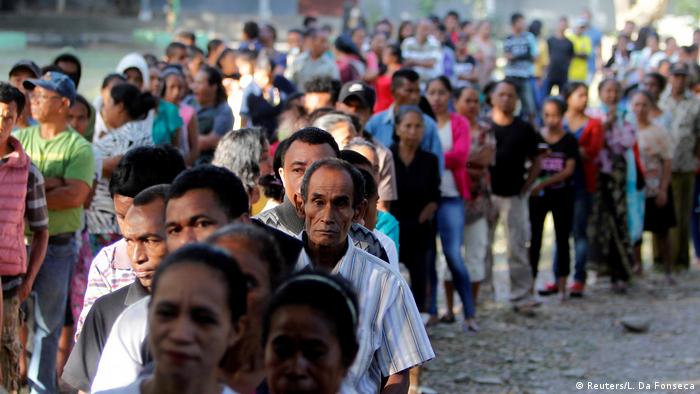 Some 760,000 people were eligible to vote in the East Timorese elections

More than 20 parties competed for votes in the 65-seat legislature in the elections. A party needs to get at least 4 percent of the vote to gain seats in parliament.

The next government will continue to face huge challenges in trying to lift the country out of poverty. They need to reduce their reliance on oil by diversifying the resource-rich economy.

East Timor's new leader will also need to agree on a new sea border with Australia. They tore up the previous maritime treaty, which cuts through energy fields.

Official results are expected to be certified during the week ahead by the country's Court of Appeal.

The former Portuguese colony, invaded by Indonesia in 1975 and brutally occupied, gained independence in 2002.

After 27 years of occupation, the people voted overwhelmingly for independence in a 1999 referendum.

Pro-Indonesian militants, together with some elements of the Indonesia military, responded with scorched-earth attacks against the Timorese that left their half of the island of Timor devastated. An Australian-led multinational peacekeeping force, allowed in by Indonesia, restored order before the UN took over administration for the transitional period to independence.

More recently, the country's leaders have pushed ahead with large-scale infrastructure projects to develop the sputtering economy. Financing the work has come from a dwindling oil fund.

But progress is slow, about half of the country's 1.2 million citizens live in poverty. Many lack clean water and proper sanitation.

East Timor goes to the polls

People in East Timor, Southeast Asia's youngest parliamentary democracy, are voting to elect a new parliament. Candidates from 21 parties are competing for 65 seats, with official results expected by August 6. (22.07.2017)