Earthquake in Japan deals a blow to reinsurance companies | Business| Economy and finance news from a German perspective | DW | 12.03.2011

The earthquake that hit Japan on Friday has dealt a blow to the world's biggest reinsurance companies Munich Re, Swiss Re and Hannover Rück. It is still unclear how big the costs will be. 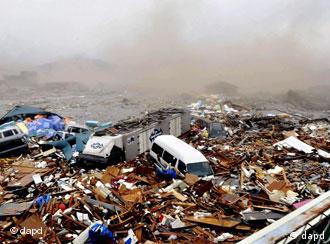 Damages costs from the Japan quake are still uncertain

German reinsurance companies Munich Re and Hannover Rück said it was still too early to assess the damage, but both confirmed they had Japanese companies among their clients.

Market experts estimate that the Tokyo quake could cause damage costs of more than 100 billion US dollars.

Both companies' shares fell considerably in trading in Frankfurt.

One blow after another

The quake comes at a time when the reinsurers have barely recovered from the earthquake in New Zealand last month and the floods in Australia earlier this year. 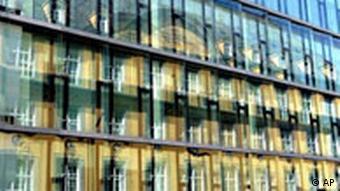 Bright outlook? Munich Re is cautious about its 2011 profit

Posting a 2010 net profit 2.4 billion euros on Thursday, Munich Re remained cautious about its 2011 profit target. In view of the major loss-burden in the first two months of the year, the company said in a statement, the profit target could only be achieved if major losses remained below average in the further course of the year.

The floods in Australia and the quake in New Zealand have cost Munich Re around 1 billion euros.

On Wednesday, the world's third-biggest reinsurer Hannover Rück also said in a statement that it expected net income of 650 million euros in 2011, provided "the burden of major losses does not significantly exceed the anticipated level of roughly 530 million euros."

The massive earthquake in Japan is one of the worst in the last 30 years. DW-WORLD has compiled a list of devastating earthquakes worldwide since 1976. (11.03.2011)

Volcanic ash is too hot to handle: insurers

Ouch. Airlines aren't insured against business interruptions such as those caused by the cloud of volcanic ash from Iceland, which has grounded aircraft in Europe and resulted in huge financial losses. (19.04.2010)