Borussia Dortmund went into the first league Klassiker of the season with only one win in five. But they turned the form book on its head to beat Bayern Munich and move up to third. 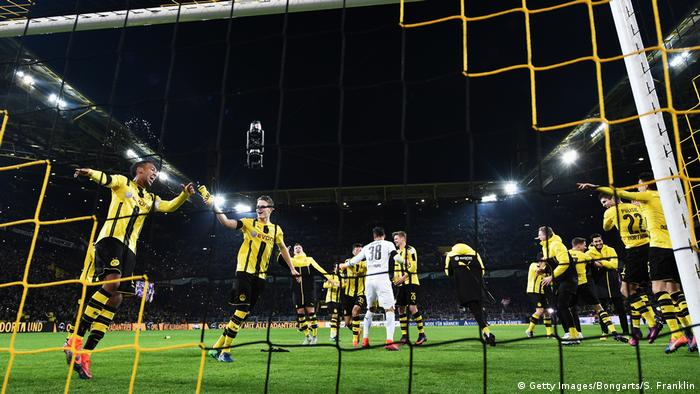 Pierre-Emerick Aubameyang’s 11th minute strike proved to be the winner as Borussia Dortmund beat Bayern Munich in Der Klassiker for the first time in two years.

Dortmund went into the biggest game of their season with only one win in five Bundesliga games, while Bayern were looking to regain top spot from RB Leipzig.

The visitors had no answer to Dortmund’s explosive start, with the Black and Yellows flying out of the blocks and creating a cluster of early chances.

The home fans created a brilliant atmosphere at Signal Iduna Park and didn’t have to wait long to celebrate the opener, which came from a familiar source.

Mario Götze’s low cross from the right was steered goalwards by the outstretched leg of Aubameyang, who notched up his 12th Bundesliga goal of the season, with Götze having a direct hand in a Bundesliga goal for the first time since swapping Bayern for Dortmund in the summer. 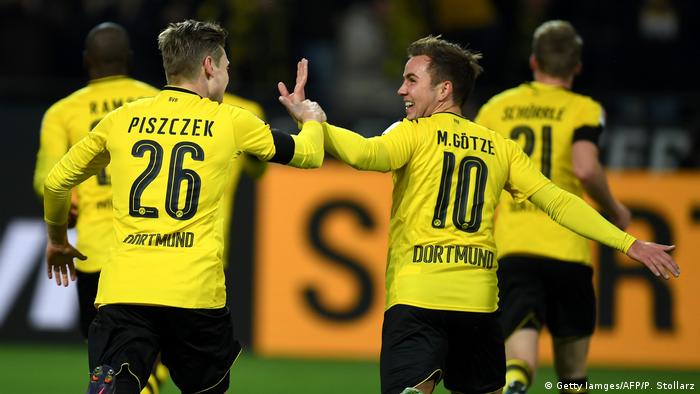 Andre Schürrle went close with a half volley as Dortmund continued to push Bayern back and restrict the visitors to nothing more than a couple of half chances.

Bayern improved after the break and Franck Ribery had a goal disallowed for offside, with the Frenchman straying into an offside position before brilliantly flicking the ball into the net after a wonderful touch and cross by Thomas Müller.

Dortmund were forced to defend for much of the second half and Xabi Alonso almost drew Carlo Ancelotti’s side level with a speculative effort from distance that came back off the bar.

Aubameyang spurned a huge chance to wrap up the win for Dortmund when he was sent clean through late on, but shot straight at Manuel Neuer.

But it mattered little, as Dortmund held out for a vital win that moves them up to third and keeps Leipzig top of the table, three points ahead of Bayern.