This month's highlights include documentaries on the world's second largest movie industry, a smart city in South Korea, and the US-Russian ties and the personal relationship between the two presidents. 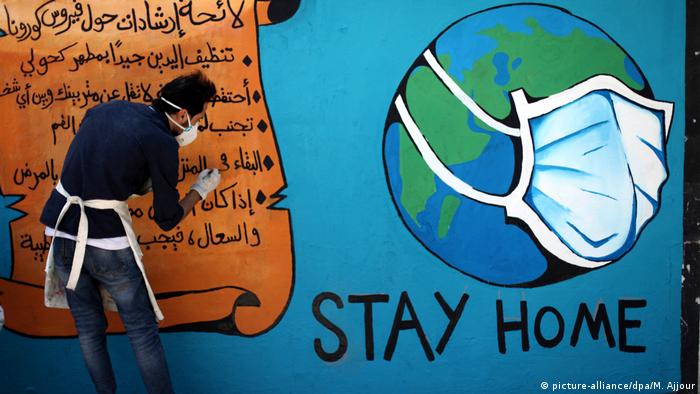 An artist draws a mural in Gaza City 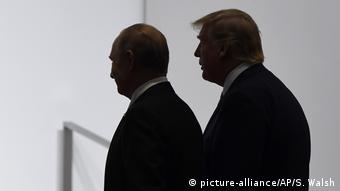 Bosom Bullies – Trump and Putin
Donald Trump and Vladimir Putin – two presidents, one mission: To make their nations "great" again. Trump moved into the White House in November 2016. Although he was Moscow's preferred candidate, within a few months the relationship between the two nations soured to levels not seen since the end of the Cold War. The two-part documentary 'Bosom Bullies – Trump and Putin' analyzes the dramatic ebb and flow of US-Russian ties as well as the personal relationship between the two men. Part 1 starts on August 3. An actress at a drama school in Lagos, Nigeria

According to UNESCO, the world's second-largest movie industry is the Lagos-based Nollywood. The opportunities presented by this flourishing sector attract many: Director Abba Makama believes the moment has come for an intellectual cineastic movement, Berlin investor Bastian Gotter relates how he and his Nigerian partner founded what is now the largest movie streaming service in Africa and film producer Don Omope has every intention to ride the wave. Watch the documentary 'Nollywood' starting August 7.

Navigating Sexuality
The subject of sex is frequently forced into a cultural and religious corset. Instead of information, young people are met with a wall of silence as the issue is ignored and regarded as taboo. On the other hand, they have easy access to porn with its completely unrealistic portrayal of sex. So how can parents and schools convey a positive understanding of sexuality? How can one best talk about love, fulfilling partnership, wellbeing, homosexuality, AIDS, unwanted pregnancies and sexual violence? In Berlin, medical students have been working with young refugees on an education program that provides information in the true sense of the word. Tune in, starting August 7.

Collected Memories
In the 1940s, Kegham Djeghalian, an Armenian, was one of the first photographers to open a studio in Gaza City. His photographs, taken between 1945 and 1970, show a little-known side of Gaza. Luckily it was possible to salvage part of his unique archive. Starting August 14, the documentary 'Collected Memories – A Treasure Trove of Photographs of Gaza' affords a captivating glimpse into the history of this territory.

Europe – The Cradle of Humanity?
New findings indicate: A more than seven-million-year-old lower jawbone found in Athens and a tooth found in Bulgaria bear pre-human characteristics. On the island of Crete, fossilized footprints suggest that here, a creature walked upright six million years ago – earlier than in Africa. And in Bavaria, paleontologist Madelaine Böhme has unearthed an ancient species of ape that could be the last common ancestor of modern apes and humans. Starting August 18, DW broadcasts the documentary 'Europe -The Cradle of Humanity?'

Markneukirchen may be a small town in southern Saxony, but when it comes to the music industry, it's up there with the greats. For more than 350 years, the Vogtland region of southern Germany has produced instruments sought after by musicians from all over the world. The area is viewed as the center of European instrument manufacturing with clients such as Metallica and U2. Euromaxx tunes into the sounds from the Vogtland valley. Starting August 22.

The Future of Cities 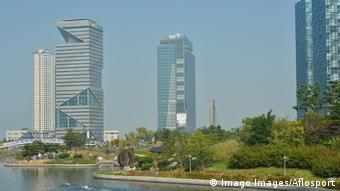 Songdo is currently home to around 100,000 people

Sustainability, good infrastructures and digitalization are the main goals of a smart city. The South Korean city of Songdo is doing particularly well in this regard. The city was drawn up by architects and built on a polder area gleaned from marshy tidal flats. 40 percent of the city is parkland, solar modules on skyscrapers are built to the latest standards of efficiency to utilize solar energy and everything is digitally integrated. But what concepts exist for the rapidly-growing megacities of the global south? Find out in a special edition of Global 3000, starting August 24. 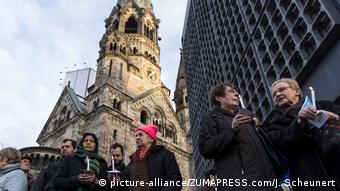 This year marks the 75th anniversary of the end of the Second World War. Check-in presenter Lukas Stege visits places in the German capital that remind us of the conflict and its aftermath. These include the ruins of the Kaiser Wilhelm Memorial Church on Breitscheidplatz, the German-Russian Museum in Karlshorst and the German Resistance Memorial Center in Berlin-Mitte. Tune in, starting August 29.