Can't get enough 'Meet the Germans?' Host Rachel Stewart is taking the hit series to Instagram! Get ready for 365 days of videos, photos and more, all with the MTG signature touch of hard facts and sharp humor. 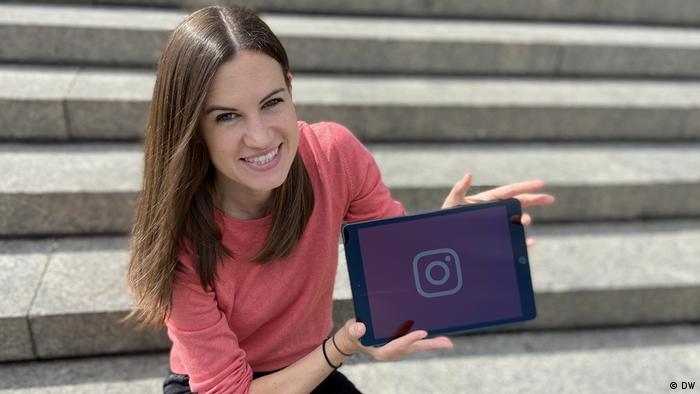 DW's hit series "Meet the Germans," hosted by Rachel Stewart, launched Wednesday on Instagram under @dw_meetthegermans. The English-language account will give followers around the world fresh daily content about the quirks and characteristics of Germany and the German people. It features the same combination of sharp observations and clever humor that has made the series a success on Twitter, Facebook and YouTube.

Rachel and the Instagram team will share daily stories, regular photos and live streams depicting life and culture in Germany. Full-length "Meet the Germans" episodes will be posted on IGTV. There will also be plenty of opportunity for followers to join the conversation, too!

In her "Meet the Germans" videos, Rachel has so far tackled topics as diverse as German small talk, digitalization, women's rights and the sauna culture. Fans of the series can now look forward to all sorts of additional content, brand new topics and a lot more interaction at @dw_meetthegermans on Instagram.

Weekly highlights will include #deutschamdonnerstag, which puts a spotlight on the German language, or #verygermanjobs, which introduces you to people working in typical German jobs  from bakers to sauna masters or even the count of a German castle.

Apfelschorle? Every child in Germany knows what it is, but translators and lifestyle bloggers are challenged when trying to explain that to the rest of the world. Here's more on the drinks Germans take for granted. (26.02.2020)

German idioms: All you need is love

What blinds, but does not rust? What can make its way through the digestive track, but also fall down? The answer, according to popular German idioms, is one of the greatest feelings in the world: Love. (14.02.2020)

Once upon a time in Germany: Castles, ghosts & royalty