'African Roots' is celebrating 50 portraits of significant figures in African history. Narrated with African voices, they serve as the basis for debates on the web, radio, or historical sites. 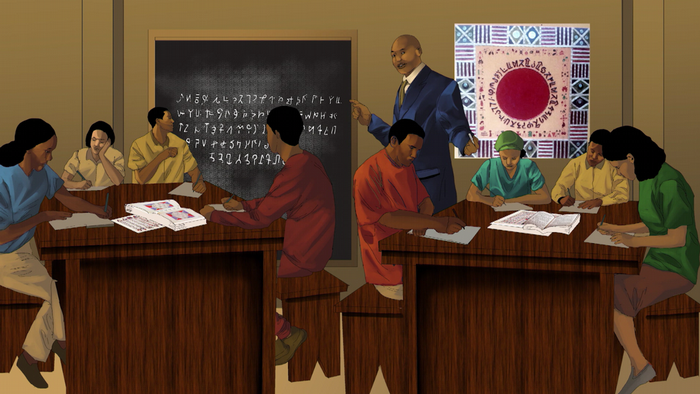 A reverent mood prevails within the walls of Cape Coast Castle — that fortress on the Ghanaian coast from which European traders and colonial powers once shipped hundreds of thousands of slaves across the Atlantic. Before the eyes of schoolgirl Gloria Ekweagu, the fortress with its dark dungeons conjures up images of torture, of people screaming. "I actually felt the pain they were feeling," Ekweagu says in conversation with three other students, a historian, and DW moderator Isaac Kaledzi. "If we want to teach the history of slavery, we have to take people to historical places," says history professor Kwame Osei Kwarteng.

Making history tangible for young people: The Cape Coast debate, which aired on May 10 on the finale of the second season of African Roots on the DW Africa Facebook platform, achieved just that. At the heart of the project, a collaboration with the Gerda Henkel Foundation and Nigerian animation powerhouse Comic Republic, is a now-completed 50-part series of portraits of African historical figures that personalize and shed light on the continent's history. Small, carefully researched pieces of the mosaic form a larger picture of the wealth of ancient kingdoms (Kanku Musa), the pursuit of knowledge (Fatima al-Fihri), the struggle for independence (Dedan Kimathi), or the early rebellion of women like Queen Abla Pokou who instigated change in their society. 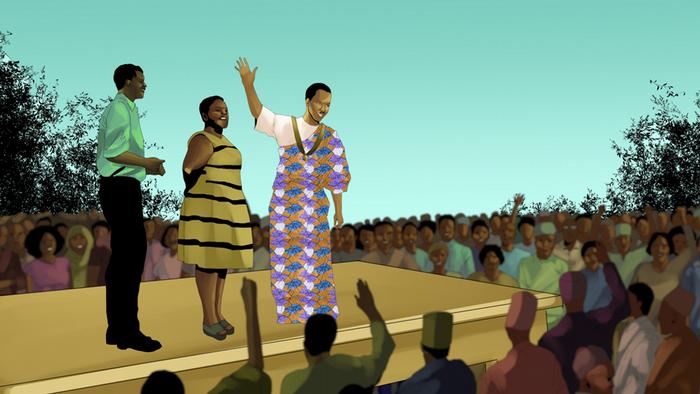 Countering the history of the dominant

"History is often written by men — and by the dominant, the victors," says Cameroonian historian Rose Ndengue in a video debate broadcast April 22 on the French Africa program. For a long time, she says, it was written by the former colonial powers, which also portrayed women as passive, as victims.

The videos, online articles, and audios produced in six languages aim to counter such a distorted perception by portraying strong but hitherto little-known women such as the Tanzanian politician Bibi Titi Mohamed or the Nigerian writer Flora Nwapa. Freedom fighters and intellectuals who opposed foreign domination in the most diverse ways narrated by African authors and with voices of people who can speak uniquely for the history of their country. For example, musician Yili Nooma from Burkina Faso or the late Princess Rabiatou Njoya, granddaughter of the Cameroonian king and inventor Njoya Ibrahim, who accorded what may have been her last interview to DW.

"This point is quite essential," says Dr. Michael Hanssler, chairman of the Executive Board of the Gerda Henkel Foundation, which makes the project possible. He also points to the critical role of the scientific advisory board. "The technical review of all content has also been carried out by researchers in Africa." The scientific advisory board consists of three renowned history professors: Doulaye Konaté from Mali, Nigeria's Christopher Ogbogbo, and Lily Mafela from Botswana. The project's goal is to "meet the growing need to appreciate African history as an important constituent of the history of humanity," says Mafela, dean of the education faculty at the University of Botswana. 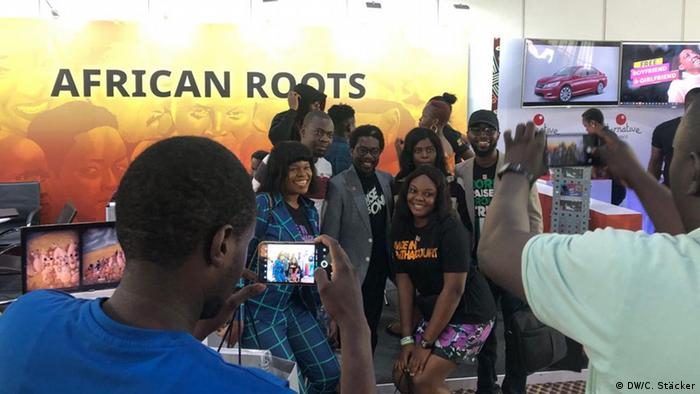 "DW cannot undo centuries of colonial interpretation of history in 50 portraits, but it can use its resources and honest cooperation to help ensure that the latest and most authentic scientific knowledge is communicated in a way that is appropriate for young people," says Claus Stäcker, DW's Director of Programs for Africa. "Something like this has been missing in the African media landscape."

The multimedia portraits are disseminated in DW's programs and social media platforms and via around 300 radio and TV partners in Africa. It will also be made available directly to educational institutions in Africa in the form of USB sticks. Schools, universities, and libraries can share them with young people and learners of all ages to help them understand their history.

Watch the debates in English and French.

Debating a slave trade past at Cape Coast Castle