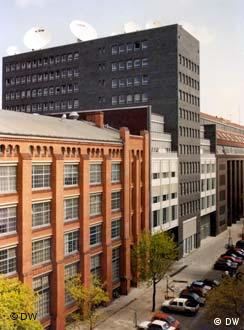 At our Voltastrasse 6 location, you'll find editorial offices, studios and DW-TV engineering as well as DW-AKADEMIE.

The Berlin architect Josef Paul Kleihues designed the building which DW has occupied since 1996. DW-TV began operations in April 1992 in an adjacent building.

The building in the Wedding district is part of downtown Berlin and has a long history. DW-TV broadcasts not just from the heart of Europe, but also from the heart of an industrial complex that dates back to the mid 19th century.

How to find us in Berlin.pdf

How to find us in Berlin.pdf