On Bastille Day, France was once more the target of a horrible attack that claimed the lives of more than 80 people. DW's terrorism expert Alexandra von Nahmen talks to DW about the attack. 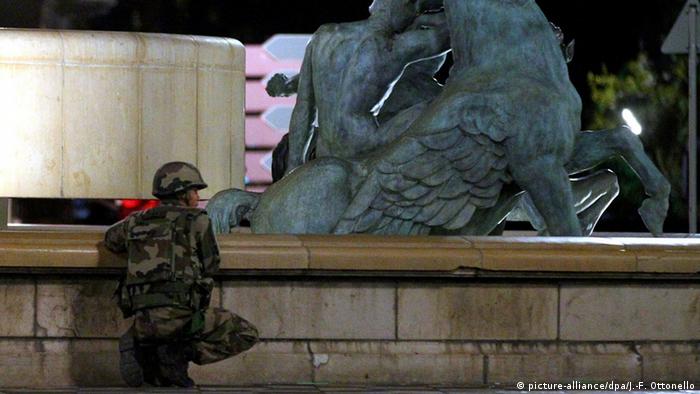 Deutsche Welle: Can we assume that the bloodbath in Nice, where a truck driver ploughed into a crowd and killed at least 84 people, was a terrorist attack?

Alexandra von Nahmen: All evidence and eyewitness reports point in that direction. It's clear that the driver apparently drove into the crowd on purpose and that it wasn't an accident, especially because he opened fire. He clearly wanted to kill people.

Is there evidence for the terrorist group "Islamic State" (IS) or al Qaeda being behind the attack?

So far there no organization has posted a message claiming responsibility for the attack on the usual social media channels. But on some IS channels the attack has indeed been celebrated. You see IS supporters calling for the misuse of Twitter hashtags that are trending, like #NiceAttack or #PrayForNice.

Even though there has been no claim of responsibility yet, we know that the so-called "Islamic State" has in the past encouraged using vehicles for attacks. Back in September 2014, IS spokesman Abu Mohammad al-Adnani said to not just use weapons, knives and stones to kill infidels but also vehicles. Shortly after this message, there was an attempted attack with a car in Canada.

Of course, we can't deduct from this that IS is behind the attack in Nice at this point - it's too early for that. But from recent attacks like the one in Orlando, for example, we know that there are also perpetrators who don't act on direct orders from a terrorist organization but who were inspired by such propaganda. 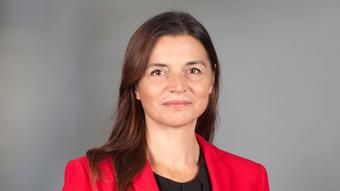 Since the Islamist attacks in Paris in November 2015, all of France has been in a state of emergency. How could the attack in Nice still happen with such strict security measures in place?

That is the big question: how was it even possible for a truck to reach a crowd of people who wanted to celebrate the national holiday? The authorities will be looking into this. Security forces, not just in Nice or Paris but in other cities as well, are on high alert. On the other hand, it has to be said that these events, where large crowds of people come together, cannot always be completely protected.

Is it at all possible to prevent a truck attack like this one?

That depends. For large events you can block of roads, of course, and position police forces in a way that makes it very difficult to drive around them in a truck. This is being done. But when it comes to protecting a regular pedestrian area where people go shopping, it's not possible. If people decide to use their cars as weapons, there is not always a way to prevent it. With upcoming events, security personnel will have to prepare against such an attack even better now.

What consequences does this new attack have for the security situation in France?

That's hard to say at this point. Just a few weeks ago, an internal parliamentary committee published a report on the measures that were taken after the terrorism attacks last November. The verdict wasn't positive. One point of criticism was that the security measures aren't all that effective. That means that more security forces, but more police don't mean more security. A lack of communication between authorities was also criticized.

Now this criticism of the French security strategy will surely continue to grow. It remains to be seen what conclusions security authorities will draw from this attack.

In striking the jewel of the French Riviera on a national holiday the truck attack on Nice delivered a new blow to France's tourism sector already reeling from repeated terror attacks. (15.07.2016)

Eyewitness reports from Nice: 'Every 15 feet there were lifeless bodies'

Several journalists who were in Nice when a truck ploughed into the crowds of people celebrating Bastille Day have shared their experience of the events. Here are some of their accounts. (15.07.2016)