DW journalists from Afghanistan arrive in Germany | Germany | News and in-depth reporting from Berlin and beyond | DW | 28.09.2021

After a treacherous journey to escape the Taliban, a group of Afghan DW correspondents and their families have arrived safely in Germany from Pakistan. 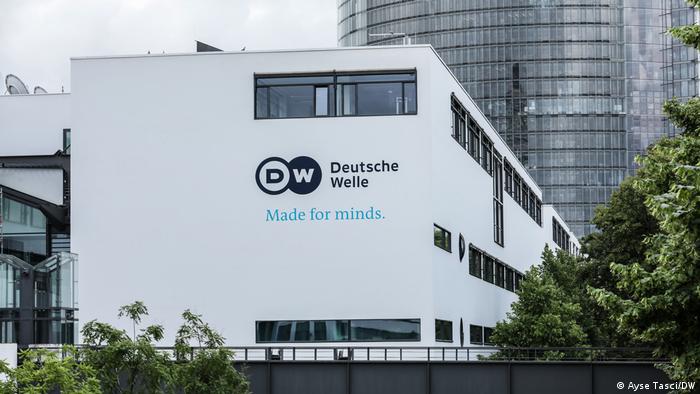 DW is working to protect its correspondents in Afghanistan

It is a dark, chilly night at Leipzig airport and a group of DW Afghan correspondents and their families are disembarking from a long flight — and taking their first steps on German soil. It has been a long, arduous journey to get here since the Taliban seized control of Afghanistan.

Among them are dozens of small children who look curiously around at the country that will be their new home, not understanding why their world has turned upside down. Even for most of the adults, the events of recent weeks make hardly any sense.

One of the plane's passengers is Ahmed, a DW Afghan journalist who has been based in Germany for several years. He happened to be visiting the city of Mazar-e-Sharif for a family wedding when the Taliban began to take over earlier in the summer.

"No one expected it to happen so fast," he explains. He, his wife and three young children managed to make it to the capital, Kabul. When it became clear that the Taliban would take control of the country, DW had asked all its correspondents in Afghanistan to travel to the capital.

With the airport packed with people trying to leave the country and the Taliban encroaching, Ahmed was forced to take refuge in the basement of a print shop — "basically a factory." He and his family tried repeatedly to make it to the airport. On the day that President Ashraf Ghani fled Afghanistan, Ahmed knew it would not be long until the Taliban had control of the capital.

One family's escape from Afghanistan

Hours later, Kabul fell. The chances of a flight out became even slimmer, and DW explored options to get correspondents safely across the land border to Pakistan. Ahmed, along with his family and another correspondent, managed to make it to the Pakistani border, thanks to the help of the German foreign ministry. But near the border he was detained by the Taliban.

"I really thought those were my last moments on earth," he remembers, thinking about the dead bodies he saw back in Kabul.

But following negotiations from colleagues in Germany, Ahmed was let go. He made it across the border and on to Islamabad.

Once the group of DW correspondents arrived there, the logistics of securing visas meant a few weeks passed before a flight could bring them to Germany. The German foreign ministry and the German embassy and ambassador in Pakistan were crucial to the success of the group reaching Germany legally and safely.

One Hazara Afghan correspondent, Mohammad, has worked for DW for 3 years and was also on the flight out of Islamabad along with his wife and three young daughters. The Hazara are an ethnic group in central Afghanistan.

Mohammad recounts how in his native Daykundi province, the Taliban are taking over people's farms and land, forcing them to leave houses and property that have often been in the same hands for decades.

"The Taliban simply says it belongs to them now," he explained.

Journalists who belong to certain ethnic minorities, such as the Hazaras, Tajiks, and Uzbeks, are in particular danger of being targeted by the Taliban in Afghanistan, as are women journalists.

Four DW correspondents, including Ahmed, also had their homes targeted by the Taliban after they managed to leave. Earlier in September, Afghan journalist Ahmad Wahid Payman explained to DW how the free press has essentially been banned since the Taliban took power.

The arrival in Germany is an emotional one. "In the last few months we've cried enough," said one DW journalist already in Germany, whose siblings and elderly father were on the plane. "We have no tears left."

The Afghan correspondents will all find a new editorial home with DW in Bonn, Germany, and accommodation has been organized in cooperation with local authorities in the cities of Bonn and Cologne.

The DW correspondents' work in Germany will allow the expansion of DW's coverage of the developing situation in Afghanistan, thanks to the contacts they have in the country.

DW Editor-in-Chief Manuela Kasper-Claridge said: "It is a tremendous relief that our colleagues and their families have finally arrived safely in Germany and can proceed with their work now from our headquarters in Bonn."

"We just started a new program on shortwave radio in addition to our TV, online and social media reporting for Afghanistan to reach as many Afghans as possible," Kasper-Claridge added. "The situation for Afghan journalists in Afghanistan is now particularly difficult. But there are important developments that need to be reported on."

DW employees in Germany and around the world have shown a great deal of solidarity with the Afghan correspondents, including launching a donation program and a "patronage" scheme. A task force has also been set up to deal with the developing situation in Afghanistan.

DW Director General Peter Limbourg has thanked the German government for their support with the evacuation but sees a further need for action.

"The security situation is deteriorating so it is imperative to work on the evacuation of the DW personnel and their relatives from Afghanistan," he said.

There are still two DW correspondents in Afghanistan with their families, and one family of an employee who is already in Germany. The window for evacuations is becoming smaller as the Taliban continue to consolidate power.

Nine correspondents and the only female correspondent of DW in Afghanistan were able to leave the country on Friday with their families. In total, 72 people have now been evacuated across the Pakistan border.

Once they took power, the Taliban have been striving to create an image of a modern Islamist movement. But behind the curtain, the journalists continue to be "a significant target," says CPJ.