DW increases audience reach: 118 million people watch, listen to or use DW programs and services on a weekly basis 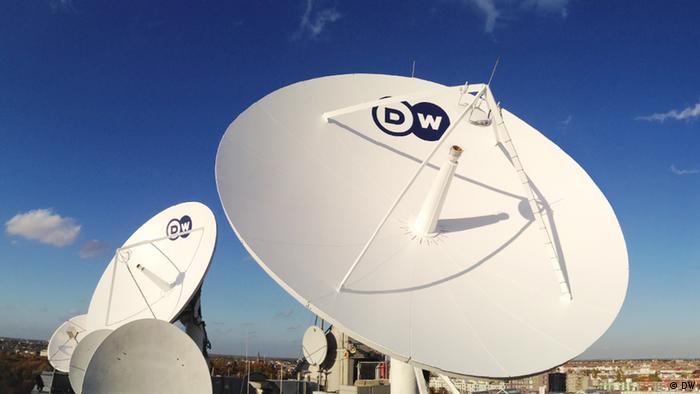 Those are the results of a global audience estimate drawn from various web analyses and more than 60 representative surveys.

The latest figures from DW's Market and Media Research department show that the Arabic website was the page most frequently accessed (about 6.5 million visits in August 2015). The pages in Dari, Pashto and Urdu for Afghanistan und Pakistan as well as the pages in Chinese registered a strong increase in traffic.

When DW's Director General Peter Limbourg took office in October 2013, he named three main objectives: become a key player among the international broadcasters by the end of 2017, improve relevance to target group, and increase audience reach. New television and radio formats are an essential part of the internal reforms Limbourg has implemented over the past two years. An increased focus on social media content in many different languages promotes dialogue and interaction, as young people in Asia, Africa und the Arab World make up the main target group.

In June 2015, DW launched a new app, its new English TV channel, and introduced changes in the German, Arabic and Spanish TV programs. So far the DW app has attracted 250,000 subscribers.

Making use of DW's 'full potential'

In view of the figures, Limbourg said he felt that "we are on the right track." Rising interest in the app and the new TV formats - especially the English channel, which is available worldwide, is not yet reflected in the reach figures, as data collection ended shortly after the program relaunch in the summer. "In 2016, we will see the response that our new TV channel and app will have received since the summer," said Limbourg. He stressed that the figures will serve as a guideline for how to make use of the full potential of the broadcaster's programs and services.

According to the latest global audience estimate, DW's TV programs have an audience of 55 million people every week. English programs with a total of 30 million viewers on various platforms are the most popular.

A third of the entire DW audience tune in to DW radio programs - especially in Hausa and Kiswahili. Eighty percent of the listeners live in sub-Saharan Africa.

Twenty-two million internet users keep up with DW's online services. In 2015, the number of users is five times higher than it was two years ago. Eight million users live in Asia. Five million people in Europe and four million in the Arab World visit DW pages every week.

The data on DW's weekly reach in 2015 derived from various sources. More than 60 representative surveys on the audience for radio and television programming covered more than half of the world's population and all of DW's target regions. In addition, the Market and Media Research department included ratings of particular TV features broadcast via partner networks. The figures relating to DW's online offerings were derived from web analyses and the monitoring of DW's social media usage.