Tobore Ovuorie will receive DW's 2021 Freedom of Speech Award on Monday. The investigative journalist's undercover work has given a voice to those hushed in Nigerian society. Her courage almost cost her her life.

Screams filled the dark corners of the high-security camp. The young women around Tobore Ovuorie scrambled to escape into the night. She was frozen from horror. Her clothes splattered with blood, and her eyes transfixed on the two bodiless heads that just tumbled to the ground. Everything turned black, her consciousness drifting from her body.

When Ovuorie recounts her experience from seven years ago, her eyes still fill with tears. The then 33-year-old investigative reporter went undercover in Nigeria's sex trafficking circles for seven months. Her reporting shed light on criminal syndicates involved in prostitution, human traffickers and organ trading.

Weeks before the investigation, Ovuorie had been approached by an editor who asked her to shed light on sex trafficking in Nigeria by speaking to victims. In an interview with DW, she laughs as she recalls the conversation, clicking her tongue disapprovingly. "They don't write on their forehead: Hey! I am going to be trafficked." 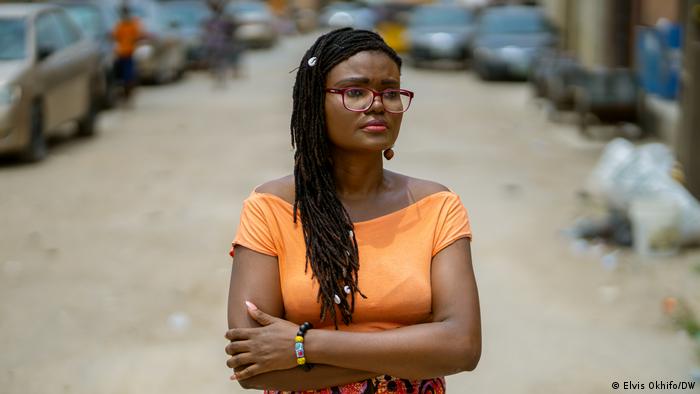 For her, there was no question about it: "We had to go through the process ourselves. Otherwise, the story would be wishy-washy." Ovuorie tells DW, clapping her hands loudly to emphasize her words. In her work, she has no room for compromises.

"The Freedom of Speech award highlights the importance of transparency in our work, and it shows the importance of courage in our society. I think the award will help Tobore Ovuorie in her work and hopefully also for her security," Limbourg said.

The International Organization for Migration (IOM) estimates that 80% of girls arriving in Europe from Nigeria are potential victims of sex trafficking. Ovuorie's best friend was one of them. She succumbed to HIV/AIDS after having been trafficked to Europe.

Back in 2013, Ovuorie was driven by a clear-cut goal: Finding clarity on what had happened to her friend and many others she knew by uncovering the personal stories of thousands of victims trafficked from Nigeria to Italy every year.

"I had so many gaping holes in me that I needed to fill," Ovuorie said about the investigation in an interview with Pulse Nigeria.

With the help of her colleagues at Nigeria's online newspaper Premium Times, she went undercover in Nigeria's sex trafficking circles for seven months. She shed her own identity and changed her clothes, hair, makeup and even how she spoke to enter a new life. She posed as a prostitute and was taken in by a pimp, first in Lagos, then in Abuja.

Throughout her 2013 investigation, the dark underbelly of Nigeria's crime syndicates imprinted on her own body. Her hair was chopped off, she was beaten, abused, hospitalized and barely escaped murder.

A few months into the investigation, Ovuorie got the go-ahead from her pimp to go to Italy. Together with a group of girls, she was smuggled to Benin. The experiences she made during the journey leave her unable to watch horror films to this day.

Ovuorie witnessed two trafficking victims being decapitated, their organs destined for the black market. Once she arrived in Cotonou, she managed to escape with the help of her colleagues. 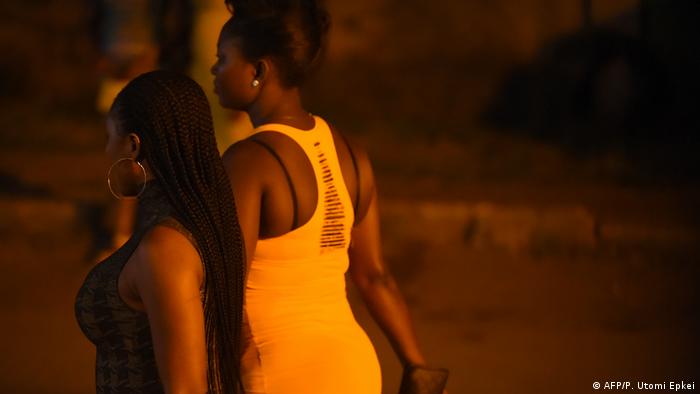 Growing up in Nigeria's commercial capital, Lagos, Ovuorie knew she wanted to be a journalist before entering school. Every week, she mailed her handwritten stories and poems to Nigerian newspapers. Whenever they were turned down, she remained undeterred and sent in more stories the following week.

While in secondary school, the mother of one of her classmates was wrongly accused of killing her husband through witchcraft. Ovuorie called out the injustice, but her protest was not tolerated.

"I kept hearing: 'You are a girl, you have to keep quiet, you talk too much,'" she tells DW. "There was anger, a sort of rage in me. I did not want to conform," Ovuorie says as she shakes her head in defiance.

She locked herself in her room and put pen to paper, recording every detail of the story. When her father discovered her notes in her drawer, he encouraged her to utilize her writing to fight injustice.

"This is what I decided to do for the rest of my life. To stand up for the voiceless with the power of the written word."

As a young reporter in the newsroom, Ovuorie had to dismantle biases against women in Nigeria's journalism industry. "Females were the ones reporting on family life, fashion and entertainment. The hard-hitting stuff was reserved for men."

The mental wounds Ovuorie incurred during her investigation into Nigeria's sex trafficking cartels have not fully healed until today. She struggles with depression and post-traumatic stress disorder (PTSD).

"We thought at a stage in her career that her work would come to an end, but she came back very strong. She is driven by the wrongs she sees in society. She wants to make sure that vulnerable groups, women, and children, get a fair share of the cake."

Following her 2013 investigation, Ovuorie has continued to choose hard-hitting topics. She has told the stories of trafficking victims in Libya and shed light on the stigmatization of Nigerian children living with HIV. Currently, she is researching the involvement of embassy employees in human trafficking.

When asked whether she regrets putting her life in danger for her reporting, Ovuorie doesn't hesitate: "I don't regret it at all. It has caused people to rethink. I can go to bed and sleep soundly. That, for me, is purposeful living."

Nevertheless, she says safety is an issue: "I still receive strange calls from people threatening me and sending very terrible text messages. It's an attempt to scare you away. It has taught me to watch my back and to be very security conscious. I have to move quite often, I can never to stay in the same place for long."