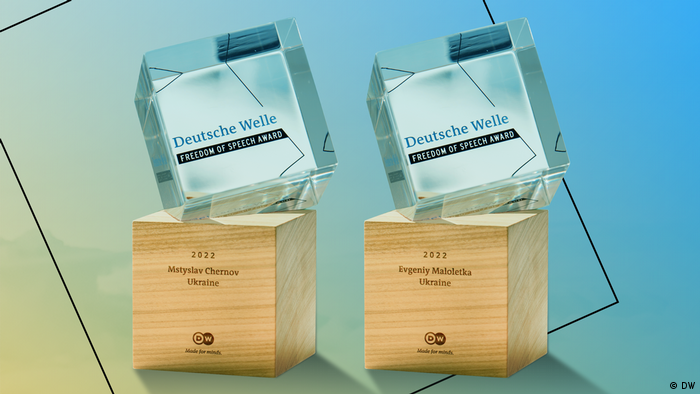 For the eighth consecutive year, Germany's international broadcaster is awarding the prize. It recognizes outstanding promotion of human rights and freedom of expression.

"Mstyslav Chernov and Evgeniy Maloletka have a way of reporting that is painful to read and watch, but what really hurts is the truth that their reporting conveys: Russia brutally attacking Ukraine, and thereby Ukrainian civilians, under a fabricated pretense. While there are nuances to every story, there is no way facts can be negotiated. This is exactly what the Kremlin is doing: Distorting facts, spreading misinformation," said DW Director General Peter Limbourg. "The Freedom of Speech Award for Mstyslav Chernov and Evgeniy Maloletka is to recognize their exceptional courage in standing up against propaganda and misinformation. It is to recognize that their fight for human rights and for the truth is a fight for democracy and free societies, for all of us, and it comes at a high price."

The journalists, who both remain in Ukraine to continue their coverage of the war, welcomed the news about receiving the DW Freedom of Speech Award as an acknowledgment of their work. The award ceremony will be held on June 20 as part of the DW Global Media Forum. 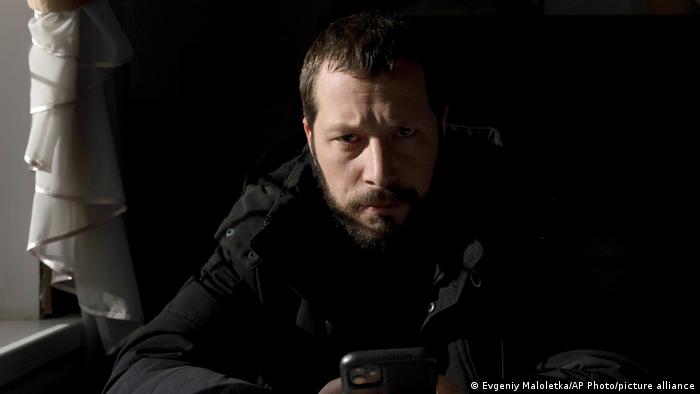 Videographer Mstyslav Chernov three days before the start of the Russian invasion in Ukraine.

Bringing atrocities in Mariupol to the world's attention

AP journalist and novelist Mstyslav Chernov and freelance photojournalist Evgeniy Maloletka are both from eastern Ukraine. Previously, their reports and footage from the conflicts in Crimea and eastern Ukraine have been published in various international media, including BBC, Deutsche Welle, The New York Times, Washington Post, Der Spiegel and others. As a war reporter in several conflict zones such as Iraq or Syria, Chernov has been wounded multiple times. Before the war, Maloletka had also been working on a project about the Hutsul community in western Ukraine, their traditions and daily life, and on the impact of the conflict in the Donbas.

The Freedom of Speech Award now honors the reporters' coverage of the war in Ukraine started by Russia on February 24, 2022. The report "20 days in Mariupol: The team that documented city's agony" offers a unique account of Mariupol under Russian siege, with Chernov and Maloletka being the last journalists in the city before their evacuation. They documented the city's first deaths at the city hospital of Mariupol and the attack on the maternity ward with pregnant women and children in it, as well as numerous bombings. During this work, the journalists themselves were under constant attack and took great risks only to find a steady connection to upload their footage of the siege, bringing it to the attention of the international community. They were evacuated by Ukrainian soldiers to avoid them falling into the hands of Russians, who had been hunting them down. 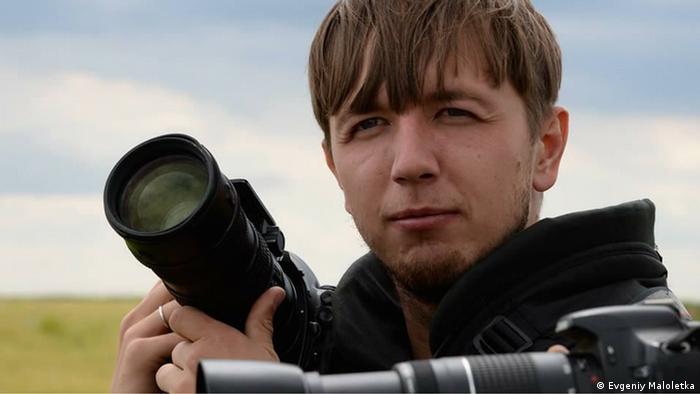 Evgeniy Maloletka is a freelance photojournalist based in Kyiv.

AP Senior Vice President and Executive Editor Julie Pace: "Mstyslav and Evgeniy were the world’s eyes and ears in Mariupol, producing courageous and compelling reporting as the only international journalists inside the besieged city. The harrowing realities of Russia’s war would have remained unseen without their bravery. We are extremely proud of their work."

Limbourg: "The war in Ukraine is a war on human rights and European values, but also a war on truth and facts. Our laureates this year have documented the atrocities committed in Mariupol and have themselves become eyewitnesses. It is thanks to them, and other journalists working in war zones, that the world gets to see what is happening on the ground. It is only then that crimes can be prosecuted, and perpetrators be held responsible. The kind of commitment and strength shown by war journalists is extremely valuable, the work is demanding and dangerous, and it is too seldomly given credit." 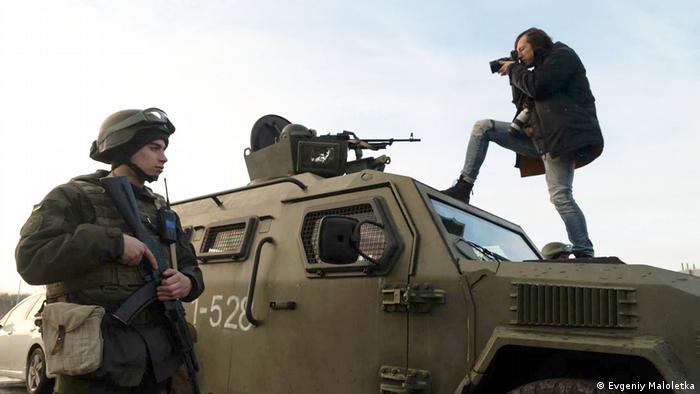 Evgeniy Maloletka on duty in an unknown place in Ukraine.

Deutsche Welle provides independent news and information to people worldwide in 32 languages. DW promotes democratic values, human rights and the dialogue between different cultures. Since 2015, DW has been honoring individuals and organizations with the Freedom of Speech Award. The first laureate was Saudi blogger Raif Badawi, who had been jailed for ten years and was released in March this year. Other recipients include Mexican investigative journalist Annabel Hernández (2019), whose work focuses on corruption, impunity and drug cartels, and Nigerian investigative journalist Tobore Ovuorie (2021), who uncovered an international human trafficking ring. 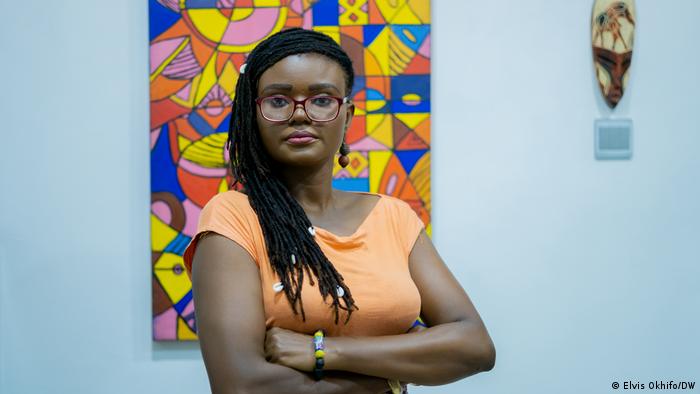 The DW Freedom of Speech Award ceremony is the annual highlight of the Global Media Forum, Deutsche Welle's international media conference. On June 20 and 21, 2022, media experts and politicians from around the world will convene at the World Conference Center Bonn in Germany to discuss this year's theme "Shaping tomorrow, now." Participants from all parts of the world can join in and be part of the numerous inclusive discussions, debates and workshops — in Bonn or online.

Since 2015, the DW Freedom of Speech Award has honored persons or initiatives for their outstanding promotion of human rights and freedom of expression. Learn more about the award and laureates.