The Director General of Deutsche Welle, Peter Limbourg, has sharply criticised the sentencing of Chinese journalist and blogger Gao Yu to seven years in prison. Prior to her conviction, Gao Yu had written for DW. 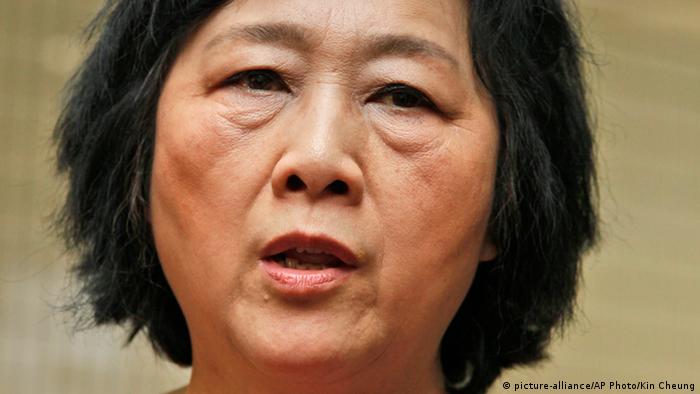 "I am appalled at the harsh verdict against Gao Yu. This draconian punishment of the 71-year-old journalist is, in our eyes, entirely without foundation," said Limbourg in Berlin.

On Friday morning, April 17, Gao Yu was convicted by a court in Beijing of "leaking state secrets to foreign institutions." She had been arrested in April 2014 on charges of having passed on a confidential document to a "source outside the country."

In a DW interview, Gao Yu's lawyer said that the Beijing court based its decision solely on the prosecution's case. "According to Chinese law, the punishment for this is between five to 10 years in prison," said the lawyer. He said that they would not accept the ruling and would appeal. "The ruling is largely based on Gao Yu's guilty plea. But Gao had already made it clear that the confession was made under duress, after the police threatened to arrest her son," said the lawyer during the DW interview.

In Beijing, the DW Director General had repeatedly and also personally called for a fair trial that complied with the principles of the rule of law. The German government and DW had also used political and diplomatic channels to advocate on Gao Yu's behalf.

Limbourg announced that, in reaction to the harsh sentencing of Gao Yu, DW will suspend its negotiations with the Chinese state broadcaster CCTV on proposed technical cooperation in the area of art and culture.

Limbourg said, however, that he is convinced that dialogue with China is the only viable way to communicate ones own position and convictions and to bring about change through engagement.

"We do not want to close all channels of communication. However, a necessary prerequisite for future co-productions will be a demonstrable improvement in the attitude of the Chinese government towards critical journalists, bloggers and people with different views," said Limbourg. He emphasized that DW will, "continue not only to closely track the fate of Gao Yu. It will also continue to closely monitor others in China who, due to similar allegations, are being persecuted or imprisoned."

Click here for the interview with Gao Yu's lawyer

Click here for the opinion of Philipp Bilsky, head of DW's Chinese Service