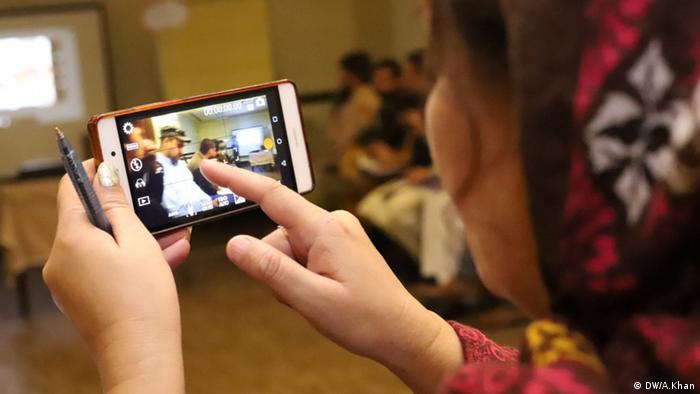 Pakistan offers a wide range of opinions and media. Public debates on controversial issues take place on radio and TV programs, in newspapers and websites of major media companies. However, some issues are rarely covered such as the views and voices of women and religious minorities.

Independent reporting is especially difficult for media workers in western and northwestern Pakistan. Journalists there have often had little formal training, and are exposed to dangerous situations and threats from various factions. The population in these conflict areas have difficulties finding balanced reporting, especially for displaced persons and returnees. Local reporting is scarce. While journalists' associations and organizations do exist in Pakistan, they lack the means to ensure journalists receive adequate training on new and relevant topics.

DW Akademie is helping the Centre of Excellence for Journalism (CEJ) and the non-governmental organization Individualland (IL) in setting up two trauma centers in Karachi and Quetta. The centers offer free psychological counseling for affected journalists, and also advise media companies on emotional security and the dangers of trauma. In addition, CEJ and DW Akademie work together to promote innovative journalism by offering additional  training in data journalism.

DW Akademie also supports the Council of Pakistan Newspaper Editors (CPNE) in its efforts to promote media ethics and the physical safety of media workers.

The news organization Tribal News Network (TNN) is, with DW Akademie support, training citizen journalists so that disadvantaged groups can make their voices heard. These groups include returnees to tribal areas in northwestern Pakistan.

A sympathetic ear for journalists in distress

The work of journalists can expose them to stress and psychological threats. In Quetta, Pakistan, an NGO provides free counseling to reporters dealing with trauma. One of its clients, a young freelancer, spoke to us. (27.02.2019)