Pay-per-article service Blendle has proven successful in the Netherlands. With a multi-million-dollar backing to expand abroad, the question is whether its business model can work in other markets. 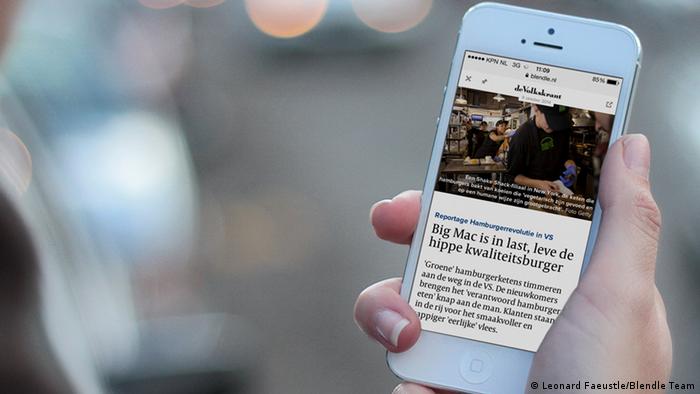 Today's young people are a generation used to paying for music downloads on iTunes, subscribing to stream their favorite songs on sites like Spotify and paying to watch movies and TV shows on Netflix. But despite its readiness to shell out for cultural commodities, this is a generation that rarely buys newspapers and is not used to paying regularly for high quality journalistic content, preferring to access it online for free.

Blendle, a Dutch start up which enables users to pay per article online, is aiming to change this. Since its launch in the Netherlands six months ago, 130,000 users have registered with the site. Of those, Blendle estimates that around two thirds are aged under 35.

On Blendle's website, Dutch readers are able to browse a range of national dailies, magazines and regional newspapers, flick through contents pages and read headlines and introductions, only paying for the individual articles they want to read. Typically, articles cost around 20 euro cents (around $0.25), and new users get 2.50 euros to spend when they sign up.

Around 20 percent of users top up their accounts. The site has also introduced a refund feature - If a reader does not like an article they have purchased, they have the option to get their money back after clicking on a reason, for example if they feel it is too long, too short, or not good enough.

According to Blendle, this feature has resulted in users actually spending more money on the site. The price per article is set by each individual publisher, with Blendle keeping 30 percent of what the reader pays.

With the newspaper industry in crisis due to a rapid decline in advertising revenue and an albeit much slower decline in circulation revenue, Blendle's "iTunes for journalism" model, where users only pay for what they consume, could revolutionize the content market.

And with new publications such as BuzzFeed growing rapidly, investors are increasingly interested in journalism start-ups - Blendle has just received $3 million in financial backing from the New York Times and German publisher Axel Springer. 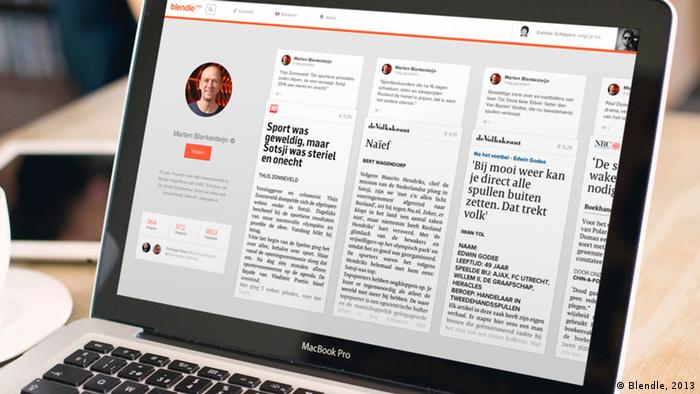 The Netherlands has the highest rate of Internet penetration in Europe

Micro payments on the rise

The idea itself is not new. As far back as the 1980s, the US website Compuserve experimented with a dial-up service that offered subscribers content from several newspapers. Users had to pay an hourly fee to the Website - and the text - without pictures and headlines - of a whole newspaper often took hours to download.

Currently, micro payments for journalistic content are starting to emerge as a trend, with sites like Flattr enabling users to support online content producers with small donations.

Like Blendle, US site Niuzly, also founded in 2012, offers journalistic content on a pay per article basis, but Blendle's website is slicker and includes more social functions - for example, users are able to follow other readers, as well as specific journalists and topics, and can easily share articles not only on social media sites such as Facebook and Twitter but also within Blendle itself.

According to a 2014 report from the Reuters Institute for the Study of Journalism (RISJ), many readers are accessing news via social media rather than by using search engines or going directly to newspapers' websites.

"Newspaper homepages are still important, but they are losing more and more traffic compared to the traffic that comes from social media," Federico Guerrini, a fellow at the Oxford University based RISJ, told DW. Particularly younger readers are increasingly clicking on individual articles before accessing a news site - an important factor in the success of micro-payment sites like Blendle.

"Readers are choosing exactly what they want to read, and this is one trend that could make the idea of paying for single articles more acceptable," said Guerrini, adding that technological developments are also making it easier to make such small payments online and on the go. Earlier attempts failed because of the high commissions that banks or providers like PayPal charge for platforms that want to implement this kind of service. 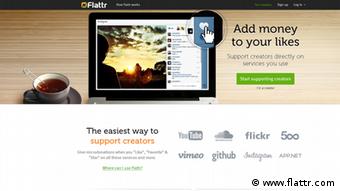 A way round Dutch paywalls

Blendle's initial success is also down to its position in the Dutch media landscape. It is the first website in the world to get all major publishers in a single country to sign up. The reason its concept works so well in the Netherlands is that most of the major newspapers use paywalls on their online sites - so readers would otherwise have to pay for a subscription to a whole newspaper to be able to read its articles on the internet.

In countries such as the UK, the US and Germany, where readers can access a lot of quality journalism online for free from publishers like The Guardian, The New York Times and Der Spiegel, people may be more reluctant to start paying for content. "It is not that it won't work at all, but we fear there is too much breadth and depth of content freely available," McCabe said. "In larger, more complex territories it will be more difficult for such a service to gather real momentum." 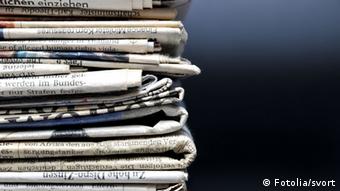 A sustainable future for online journalism?

Journalist and RIJ fellow Guerrini is more optimistic about Blendle's international future. "It could work if publishers make agreements with one another and try to have more control over the flow of content," he told DW, adding that in Italy, newspaper publishers have been discussing the need for some kind of common paywall for the last two years, while in Slovakia, the paywall provider Piano Media is already making this possible.

Hermann-Dieter Schröder, an analyst at the Hans-Bredow Institute for Media Research at the University of Hamburg, agrees. "It is of significant interest to content providers to make sure that not only their regular readers, but also new readers, are made aware of their pay-to-read content," he said. "The more these providers keep their premium content behind paywalls, the more important it will become for users not to have to create and pay for separate accounts with each individual provider."

Certainly Blendle is proposing an alternative future for online journalism. "This kind of fragmentation basically empowers the reader and could empower single authors," Guerrini told DW. But with $3 million investment from Axel Springer and The New York Times, it seems publishers are convinced that Blendle's model could also provide a much needed boost to the online content industry.

"Blendle is probably the best experiment in this field now," said Guerrini. The site plans to use its recent funding to develop the service in several other European countries in the next two years.

Personal, interactive: The future of TV

Magazines and newspapers have had financial trouble for years. Now, broadcasters are worried. Young people are turning their backs on traditional TV. In New York, Paul-Christian Britz looks at the future of the industry. (02.11.2014)

Newspapers find it difficult to make money online, and German publishers are no exception. They want Google to pay for displaying their articles. But the attempt has backfired. (30.10.2014)

Tensions between the neighboring NATO members have been mounting over claims to Mediterranean waters, energy rights and a number of other issues. Germany called the new talks a "positive" sign.

Serbia has set up some 200 coronavirus inoculation centers across the country. This has been made possible with international help — but not from the West.