After talks with a far-right party to form a parliamentary partnership broke down over the weekend in the Netherlands, Dutch Prime Minister Mark Rutte has submitted his government's resignation to Queen Beatrix. 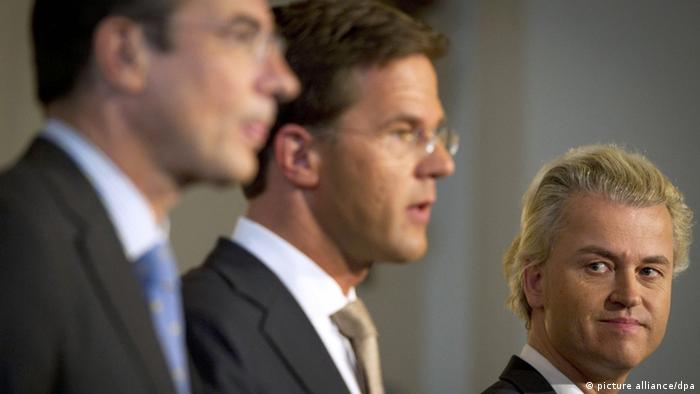 Dutch Prime Minister Mark Rutte and his cabinet submitted their resignations to Queen Beatrix Monday after talks to reach an agreement on reducing the country's budget with a far-right party collapsed over the weekend.

The Dutch information services in The Hague said the Queen had accepted the resignation and has asked Rutte to attend to the business of the state with a caretaker government for now.

Rutte's resignation is not much of a surprise after he revealed over the weekend that the minority coalition had not reached an agreement with the anti-Islam Freedom Party of Geert Wilders on budget talks.

The Freedom Party is not a member of the coalition but had been siding with it for the past 18 months, securing the government's majority. However, the budget rift meant early elections were likely. The next scheduled election would have been in May 2015.