The lab spanned two big storage rooms and was able to produce 100 kilograms of synthetic drugs per day. A Polish man was detained on the site, with more arrests expected. 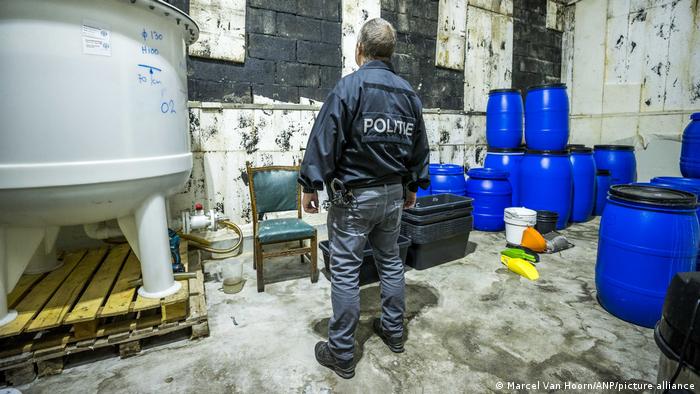 Dutch police uncovered a massive laboratory for synthetic drugs in the countryside, authorities said on Friday.

The lab was reportedly used to produce large amounts of crystal meth. 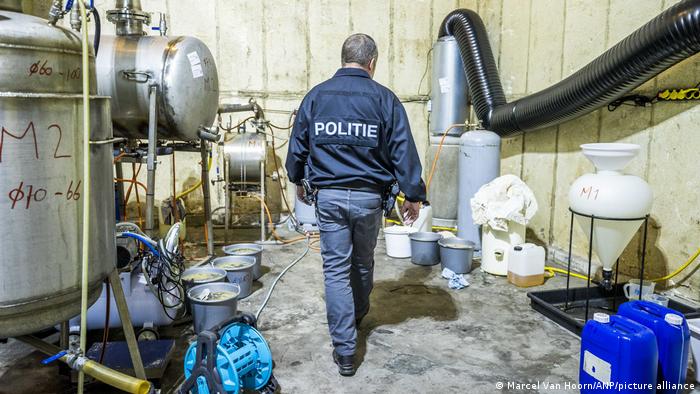 The police said in a statement that the lab was one the "biggest and most professional" sites ever discovered in the Netherlands. It will take until the end of next week to dismantle it.

The lab was capable of producing more than 100 kilograms (220 pounds) of synthetic drugs with a commercial value of about €1 million ($1.18 million).

How did police uncover it?

Police tracked down the lab, located in the southeastern municipality of Nederweert, in the early hours of Friday morning, per local media reports.

They managed to uncover its location via "encrypted chat messages," Dutch authorities said. 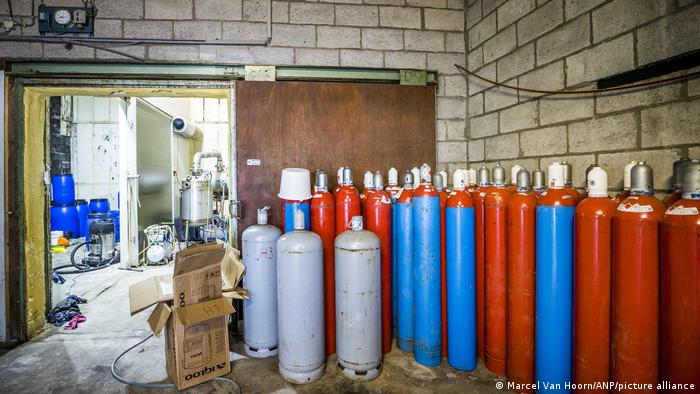 The lab was set up in two interconnected storage rooms that contained large amounts of materials used to make crystal meth.

Police detained a 62-year-old Polish man who was living in one of the associated houses on the site. They said more arrests could follow.

Authorities also seized chemicals and equipment. It is not clear how long the lab was in operation.

Thousands of Kashmiri youth are becoming addicted to heroin, amid extreme economic and psychological stress. Experts say recent lockdowns and the widespread availability of the drug are major contributing factors.