Halbe Ziljstra has landed in hot water over his own account of controversial remarks allegedly made by the Russian president. The controversy comes ahead of his trip to Moscow, where he will meet with Sergey Lavrov. 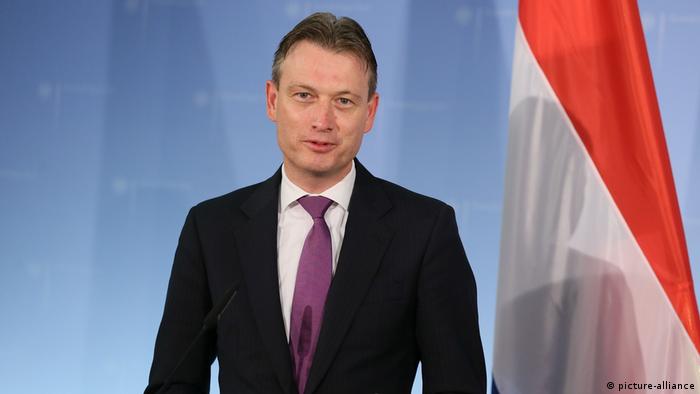 The Netherlands' foreign minister, Halbe Zijlstra, admitted on Monday ahead of a trip to Moscow that he had lied about attending a controversial meeting with Russian President Vladimir Putin before he entered politics.

Zijlstra, who became foreign minister in October, claimed to have met Putin at the president's dacha in 2006 while working for the oil company Shell. Putin supposedly told Zijlstra and others he considered Belarus, Ukraine and the Baltic states a part of "Greater Russia," adding: "Kazakhstan was nice to have."

But the 49-year-old told Dutch daily de Volkskrant on Monday that he had not actually been at the meeting. Rather, he had heard the remarks from a colleague who was there. To protect the identity of his source, he took credit for hearing the president talk about "Greater Russia."

"The manner in which I wanted to protect my source and underscore my message about Russia was not sensible, that is crystal clear," he said.

Zijlstra is set to arrive in Moscow on Tuesday for a meeting with Russian Foreign Minister Sergey Lavrov.

Dutch Prime Minister Mark Rutte said Zijlstra had made a "big mistake," but that he had not damaged his credibility.

Rutte added that the incident would not damage the Netherlands' relationship with Russia, adding: "The Russians know all too well that the content [of Putin's alleged comments] are true."